Speaking on the people of J&K and his governorship, Satya Pal said that the people of the state are being heard and action is being taken on their complaints. 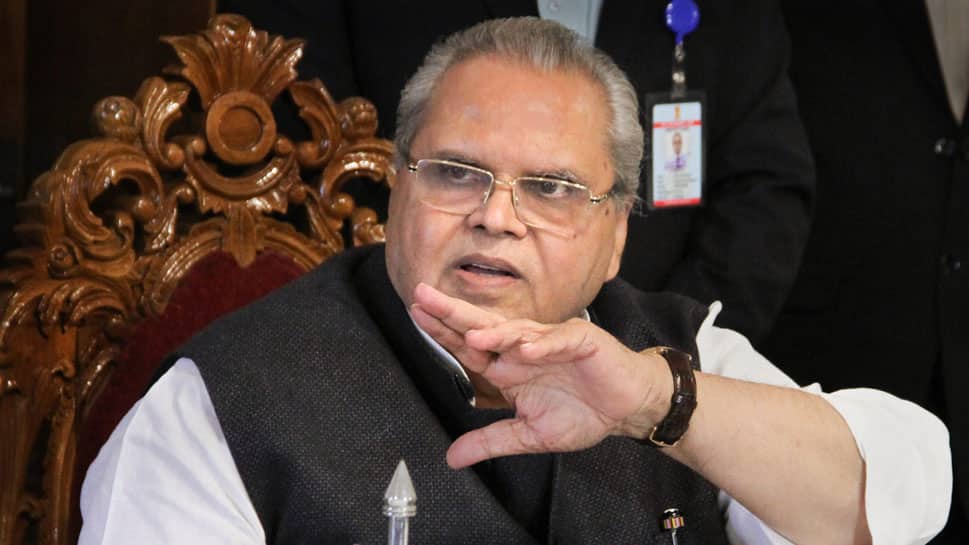 Srinagar: Jammu and Kashmir Governor Satya Pal Malik on Monday hailed Nitish Kumar's chief ministership in Bihar and said that crime has almost been cut down to nil following the latter's JD-U came to power.

"Nitish Kumar ji is a no non-sense CM, after his coming to power crime has almost finished. Bihar has done a lot of work in skill development. I want to tell all other politicians if you want to learn honesty and morality in politics, you must learn from him," Satya Pal Malik said.

Speaking on the people of J&K and his governorship, Satya Pal said that the people of the state are being heard and action is being taken on their complaints. He added that the Governor house is for everyone and he has tried to create an environment of openness.

"People of Jammu, Kashmir and Ladakh are great; I'm getting a lot of love from them. All the people are being heard, action is taken on their complaints. Governor house is for everyone, not just for me; I’ve tried to create an environment of openness," Satya Pal said.

The J&K Governor's statement comes on a day when RJD leader Tejashwi Yadav met Samajwadi Party chief and former Uttar Pradesh chief minister Akhilesh Yadav in Lucknow. Tejashwi had also met BSP supremo Mayawati on Sunday and asserted that the SP-BSP alliance would win all the seats in Uttar Pradesh.

Man found dead with throat slit in Jammu and Kashmir