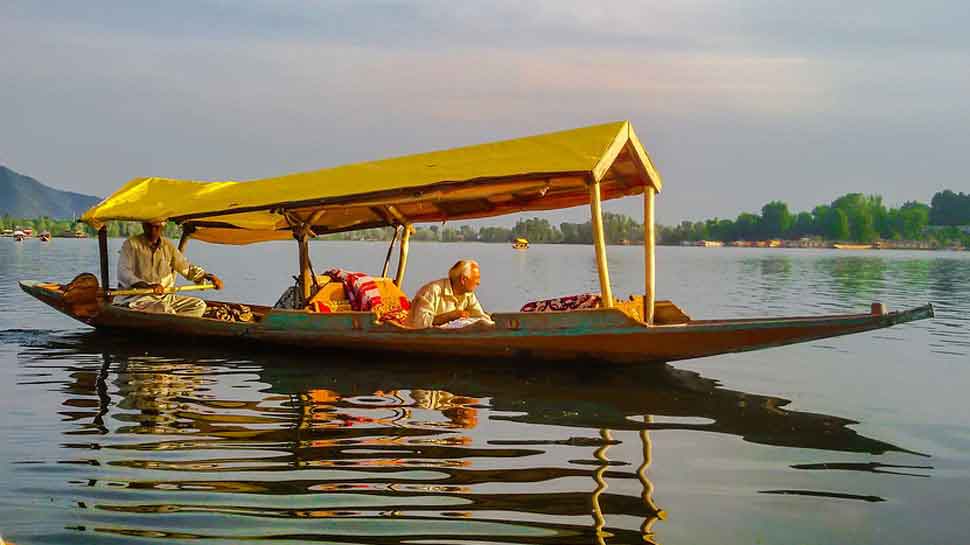 NEW DELHI: Nearly three months after the Narendra Modi-led NDA government abrogated Article 370 that gave special status to Jammu and Kashmir, the state was officially bifurcated into two Union Territories - Jammu and Kashmir and Ladakh - on the intervening night of October 30-31.

Importantly, the two UTs come into existence on the day of the birth anniversary of country’s first Home Minister Sardar Vallabhbhai Patel, who is credited with the merger of over 560 princely states into the Union of India.

October 31 is also observed as the National Unity Day and both PM Narendra Modi and Union Home Minister Amit Shah will attend separate functions - in Kevadia (Gujarat) and New Delhi respectively- to mark the occasion.

According to the Jammu and Kashmir Reorganisation Act, 2019, the appointed day for the two UTs was October 31, 2019. The map of the region was redrawn almost three months after the government's announced the daring move to end J&K's special status and bring it at par with the rest of India on August 5.

It may be recalled that the erstwhile state of Jammu and Kashmir has been part of the Union of India since 1947.

IAS officers Girish Chandra Murmu and RK Mathur, who have been appointed the new Lieutenant Governors (LG) for the two Union Territories (UTs) of Jammu and Kashmir and Ladakh respectively, will be sworn in at separate functions to be held in Srinagar and Leh on Thursday.

Both Murmu and Mathur will be sworn in by the Chief Justice of J&K High Court Gita Mittal.

Notable changes in Jammu & Kashmir and Ladakh from October 31

This is for the first time that a state has converted into two UTs even though there are numerous examples of a UT becoming a full state or a state being bifurcated into two states.

The total number of states in the country will be now 28 while the number of UTs goes up to seven.

The Narendra Modi government’s decision and subsequent approval of Parliament to abrogate the special status given to Jammu and Kashmir under Article 370 and its bifurcation into two UTs was taken to redraw the map and future of a region marred by decades of Pakistan-sponsored terrorism.

While moving the resolution in Parliament to scrap Article 370, which allowed Jammu and Kashmir to have its own Constitution and prohibited outsiders from buying land and property in the state, Home Minister Amit Shah had said these provisions will no longer be applicable and the central government will restore its statehood at an “appropriate time” and after “normalcy” returns.

“The government will not allow the situation to turn into another battle-torn Kosovo… It was heaven on earth and will remain so,” Shah had said, referring to the decades-old terrorism in Jammu and Kashmir.

The ruling BJP had promised to end the special status of Jammu and Kashmir in its 2019 Lok Sabha election manifesto. The implementation came less than 90 days after the Narendra Modi 2.0 government assumed power in May end.

The historic August 5 decision to abrogate Article 370 was taken 72 years after the then ruler of the princely state, Maharaja Hari Singh, executed the Instrument of Accession on October 26, 1947, making J&K part of the Union of India.

According to the Act, the UT of Jammu and Kashmir will have a legislature like Puducherry while Ladakh will be a UT without legislature like Chandigarh and both the UTs will be headed by two separate Lieutenant Governors (LG).

Unlike Ladakh, the Act provides for an elected legislative assembly and council of ministers headed by the chief minister for the UT of J&K. As per the provisions, the total number of assembly segments will be increased by seven seats to 114, from the existing 107 seats. These seats include 24 seats reserved for representatives from Pakistan-occupied Kashmir.

At present, the total strength of the assembly of the J&K UT is 83, after the deletion of the four assembly constituencies of Ladakh.

While the strength of the assembly in the union territory of Jammu and Kashmir will go up by seven seats, the council of ministers will be trimmed to 10% of the total strength of the legislature.

In the new J&K UT, police and the law and order will come under the direct control of the Centre, while land will be under the elected government there.

The UT of Ladakh will be under Centre's direct control, which will administer the high altitude region through the LG.

The reorganisation has, however, left the representation of the two UTs in Lok Sabha and Rajya Sabha unaffected.

With the reorganisation of the state, the J&K Legislative Council, also known as Upper House or House of Elders, has been abolished. The House comprised 34 members.

There will be a separate advocate general for the J&K UT.

Under Article 35A of the constitution, which empowered the state legislature to define state subjects and grant exclusive rights to them, only permanent citizens of the state had exclusive rights to own property and apply for government jobs in the state of J&K. Under the reorganisation Act, various laws related to owning land and property in the UT of J&K have been amended to omit different provisions.

As per provisions of the Act, at least 153 state laws have been repealed under the reorganisation Act, along with 11 under the Governor’s Act. However, 166 state laws shall remain in force in the two UTs.

As per the provisions of the Jammu and Kashmir Reorganisation Act, 2019, the all India Services like the Indian Administrative Service (IAS) and the Indian Police Service (IPS) of J&K cadre will continue to serve in the two succeeding UTs while the new recruits of these services will be allocated in the Arunachal, Goa, Mizoram Union Territory (AGMUT) cadre.

The provincial service officers will continue serving in their current positions till a new order is issued by the Lt Governors for the two new UTs of Jammu and Kashmir and Ladakh.

The IAS, IPS and other central service officers and the Anti-Corruption Bureau (ACB) will be under the control of the LG and not the elected government of the UT of Jammu and Kashmir.

Soon after the abrogation of the Article 370, hundreds of political leaders and separatists were put under detention by the Jammu and Kashmir Administration while restrictions were also imposed on the movement of people, vehicles, telephone, mobile phones and internet.

While most of the restrictions have been removed since then, curb on internet services continues. Noted among those put under detention included three former chief ministers — Farooq Abdullah, Omar Abdullah and Mehbooba Mufti.

PDP chief Mehbooba Mufti was the last chief minister of undivided Jammu and Kashmir whose tenure ended in June 2017 when central rule was imposed after her coalition partner BJP withdrew support. Satya Pal Malik was the last Governor whose tenure comes to an end on Wednesday. He has now been transferred and appointed as the Governor of Goa.