In a major breakthrough, the security forces on Tuesday gunned down two Hizbul Mujahideen terrorists following a fierce encounter in Srinagar’s Nawakadal area. 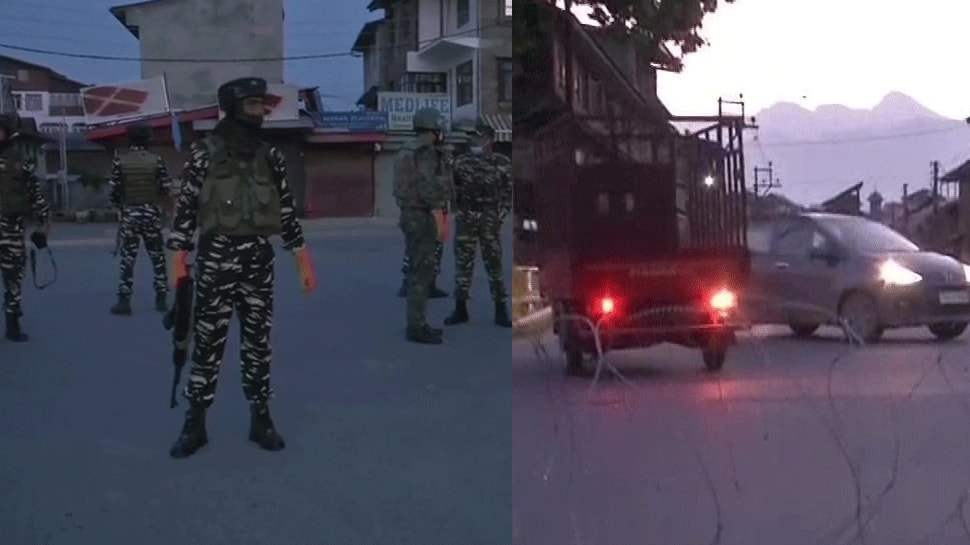 One of the terrorists has been identified as Junaid Sehrai, son of hardline separatist and Tehreek-e-Hurriyat chairman Ashraf Sehrai, according to news agency PTI, which quoted the J&K Police as saying.

The encounter broke out after security forces cordoned off the area after a tip-off about the presence of terrorists in the area.

The firing started during a combing operation that followed last night. Two weapons and several rounds of ammunition were recovered from near the slain terrorists.

Jammu and Kashmir Director General of Police Dilbag Singh confirmed the identity of the slain terrorists and told reporters that Junaid was wanted in multiple criminal cases.

“In last night’s operation, two terrorists were killed. They have been identified as Junaid Ashraf Khan from Srinagar and Tariq Ahmed Sheikh from Pulwama. Junaid is the youngest son of Hurriyat chairman Mohammed Ashraf Khan,” the Jammu and Kashmir DGP said.

Two security forces personnel were earlier injured in the encounter with the terrorists in the Nawakadal area, the Jammu and Kashmir Police said on Tuesday.

The encounter began around 2 am and there was a lull in firing for about five hours after that. A fresh contact was established with the terrorists around 8 am, the police said.

The official said mobile internet and mobile telephony services, except on BSNL postpaid, were snapped in the city as a precautionary measure.

Pakistan-based Hizbul Mujahideen has suffered most losses in this year's anti-terror operations, according to the official figures. Of the total 69 terrorists killed so far, 22 belonged to Hizbul, which included some of the top commanders of the terror outfit.

As per the data available, in the rapid anti-terror operations launched by Jammu and Kashmir's security grid in Kashmir this year, the terror outfits suffered a major blow as it lost its 22 terrorists, with latest being Riyaz Naikoo.

The month of April turned out to be extremely deadly for these terrorists. A data compiled by the Jammu and Kashmir Police stated that a total of 69 terrorists, associated with various outfits, have been killed in Kashmir since January 2020 in the anti-terror operations launched by security agencies.

Of the 69 terrorists, identification of 20 could not be done. It is believed that at least 20 foreign terrorists, who managed to sneak into this side of the Line of Control early last year, were eliminated by security forces in various encounter operations.

Last week, Hizbul suffered a blow when its top commander Riyaz Naikoo was killed during an encounter by Indian forces in Handwara's Beighpora village.