Rajnath hailed the Army, the CRPF, the J&K Police and intelligence agencies for trying to improve the situation in J&K. 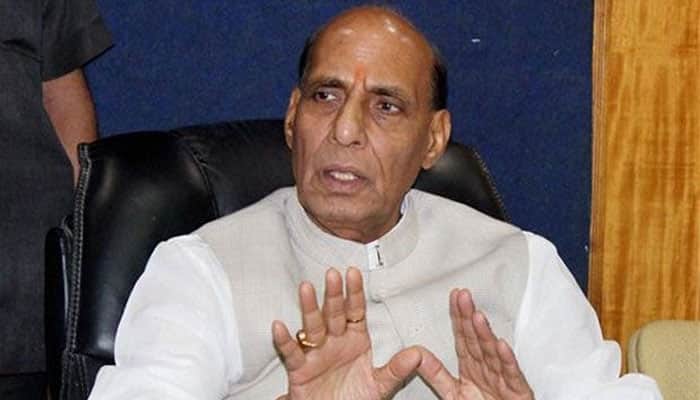 Singh said this while speaking to mediapersons after inaugurating the administrative building, residential block and officers' mess at the SSB sector headquarters here.

"Kashmir is still a challenge due to destabilising activities by neighbouring Pakistan. However, the Army, the CRPF, the J&K police and intelligence bureau men are acting in better coordination," he said.

Speaking about Naxal incidents, the Home Minister said they had dropped by 50 per cent during the last four years.

Extremist violence in northeastern areas saw a decline of 80 per cent, Singh said.

Lauding improvements made on the internal security front, he said, "No major terrorist incident had taken place in India during the last four-and-a-half years (of the Narendra Modi government)."

Singh said the country's economy today was counted as the world's fastest growing.

"By 2030, the Indian economy would rank among top three economies of the world," he said.