Despite incessant rains, they said the concerned agency pressed men and machines to remove the debris from the road to make it traffic worthy once again. 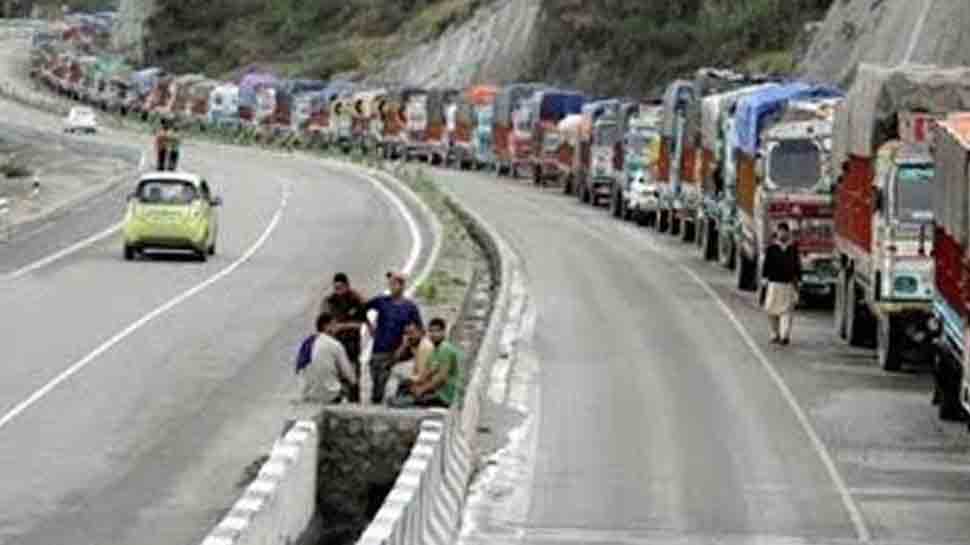 Banihal/Jammu: A landslide blocked the strategic Jammu-Srinagar National Highway in Ramban district on Monday as the high-altitude areas experienced fresh snowfall, while the plains were lashed by rains, officials said.

The landslide struck the 270-km highway, the only all-weather road linking Kashmir with the rest of the country, at Kharpora near Banihal around 1.40 pm, forcing suspension of traffic which was plying from Srinagar to Jammu, they said.

Despite incessant rains, they said the concerned agency pressed men and machines to remove the debris from the road to make it traffic worthy once again.

"The clearance operation is underway and the road is expected to be made operational within the next couple of hours," an official of the Traffic Department said.

The traffic on the highway plies alternatively from the twin capital cities owing to the ongoing four-lane project.

The officials said the peripheral areas of Banihal, including the Jawahar Tunnel - the gateway to Kashmir, besides several other high-altitude areas including the famous ski resort of Patnitop and Kud witnessed fresh snowfall, engulfing the region in renewed cold.

The winter capital Jammu and other plains were also lashed by rains since Monday morning, resulting in considerable drop in the mercury.