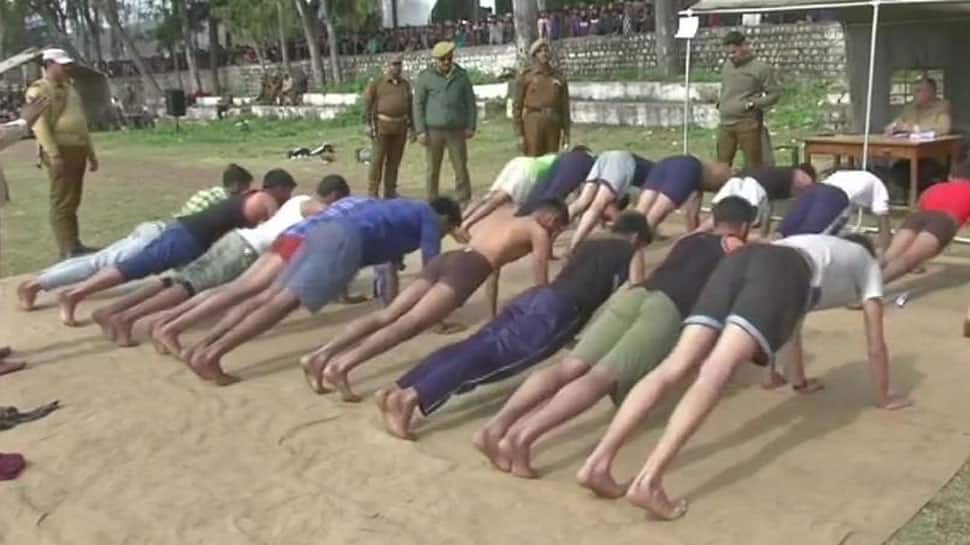 Srinagar: Several Kashmiri youth on Friday took part in a recruitment drive for Special Police Officer (SPO) post for as many as166 vacancies in Jammu and Kashmir's Poonch. These vacancies are specially allotted by the Ministry of Home Affairs for the youth residing in the area between 0 to 10 kilometres of the Line of Control (LoC).

"Recruitment is happening in Poonch after a long time; several youths have come. I am feeling very good. We are getting a chance to serve the nation as well," SPO aspirant Javed Iqbal said.

Jammu and Kashmir: Local youth take part in recruitment drive for Special Police Officer (SPO) post for 166 vacancies in Poonch. These vacancies are specially allotted by Ministry of Home Affairs for the youth residing in the area between 0-10 km of Line of Control (LoC). pic.twitter.com/7al7L3qaQN

These recruitment drives come at a time when the entire nation is mourning the deaths of 40 CRPF personnel in the ghastly terror attack in Pulwama on February 14.

The attack, which was claimed by Pakistan-based Jaish-e-Mohammed, prompted protests and demands that severe punishment be doled out to the neighbouring country.

India already launched a diplomatic offensive against Pakistan and also revoked the status of 'Most Favoured Nation' given to the neighbouring country.

Pakistan Prime Minister Imran Khan has, however, denied saying that his country had no involvement in the attack. He also added that India's aggressive posturing would be reciprocated if required.