The highway was opened for light motor vehicles from Jammu to Srinagar on Sunday. 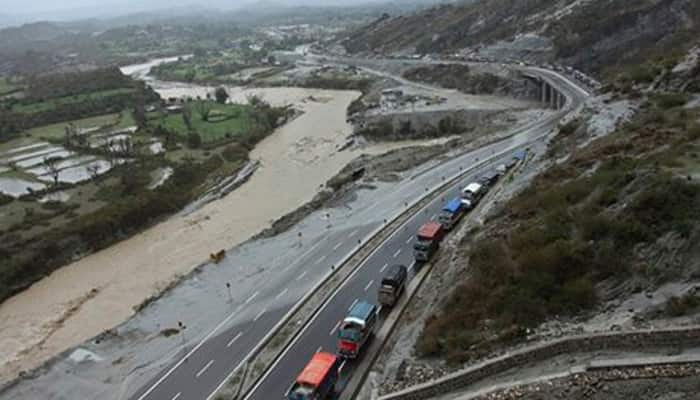 The highway was opened for light motor vehicles from Jammu to Srinagar on Sunday after six-day closure following heavy snowfall and incessant rains which had triggered multiple landslides and shooting of stones at various places along the arterial road.

"Stranded trucks and passenger vehicles were allowed to move towards Srinagar Monday morning after agencies concerned cleared the road of the debris especially at Anokhi fall in Ramban district, an official of the traffic department said.

He said traffic is moving smoothly from Jammu to Srinagar, while no vehicle was allowed from Srinagar side in view of one-way restrictions which are in force for the past many months.Meanwhile, residents of Jammu Monday woke up to a cold morning as the minimum temperature plummeted once again across the region with snow-bound Bhaderwah town in Doda district emerging as the coldest recorded place with a low of minus 5.4 degrees Celsius.

However, the early morning sun provided relief to the people in the city from cold conditions.

Banihal town along the Jammu-Srinagar National Highway also reeled under sub-zero temperature with a low of minus 0.9 degrees Celsius, while the nearby Batote town recorded a minimum of minus 2.6 degrees Celsius, the spokesman said.

He said Katra, the base camp for pilgrims visiting the Vaishno Devi Shrine in Reasi district, recorded a night temperature of 3.6 degrees Celsius.