Bukhari said putting mainstream leaders and workers behind bars in and outside Jammu and Kashmir does not serve any purpose, rather puts a question mark on the country's democratic set-up. 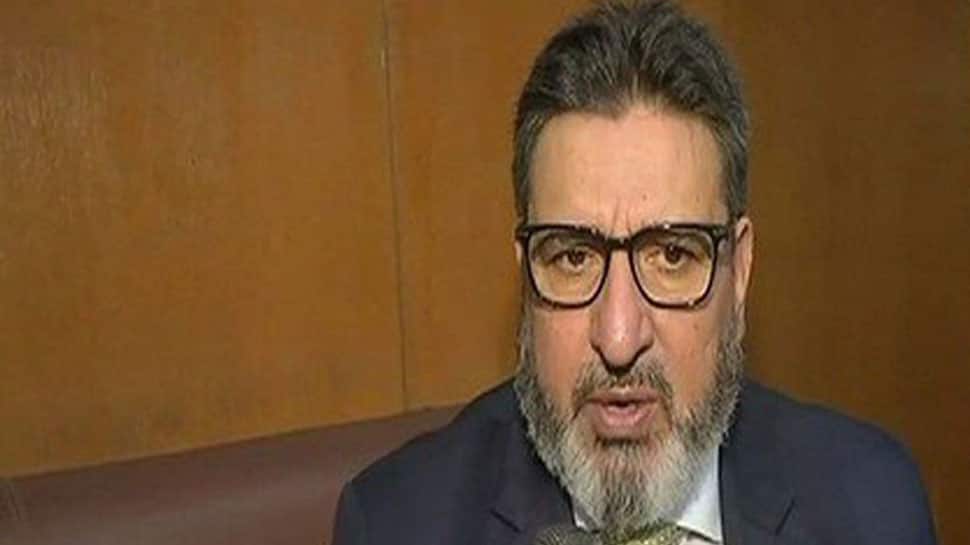 "There is no place for detaining political representatives under PSA in a democracy," Bukhari told IANS.

Bukhari demanded a level playing field for all political parties for the revival of a democratic process in Jammu and Kashmir.

In a statement issued here, Bukhari said putting mainstream leaders and workers behind bars in and outside Jammu and Kashmir does not serve any purpose, rather puts a question mark on the country's democratic set-up.

"Not only the top leadership of political mainstream is behind bars but over a thousand workers who have sacrificed a lot for strengthening the political process in Jammu and Kashmir are still under detention. Releasing them all at an earliest will not only provide the much-needed succor to their families but will indisputably grant a lease of life to the stalled democratic process in J&K," Bukhari remarked.

He said the use of PSA against mainstream political leaders is not justifiable and should be revoked without any further delay. "Booking former chief ministers and other mainstream leaders under PSA dents the efforts for renewing a mired political process. This untenable action is not only discouraging but dispiriting for all assiduous political workers who want a level playing field for all shades of political opinion in Jammu and Kashmir," he said.

Bukhari opined that the union government must not allow the notion of helplessness to prevail among the people of Jammu and Kashmir and take all measures to restore the lost trust and confidence mandatory for resumption of a meaningful political outreach.

"There is no substitute to sincere and meaningful political outreach and that can commence with the release of the three former chief ministers and all other mainstream leaders and activists irrespective of their political affiliations," he said.

Three former chief ministers of erstwhile state of J&K have been detained since the abrogation of Article 370 on August 5.

Bukhari was the first Kashmiri leader to publicly say that it was time to move beyond Article 370 and work for getting achievable political objectives.

Last month a group of politicians led by Bukhari met with Lt Governor G.C. Murmu and presented a memorandum listing measures for the revival of political activities in J&K. They demanded the restoration of statehood and domicile rights for the residents of the union territory.

The group stressed the release of all the detainees following the abrogation of Article 370 including three former chief ministers.

Bukhari also led a group of former legislators for a meeting with a 16-member delegation of foreign envoys and ambassadors.

The move triggered a strong response by the PDP which expelled nine of its members for taking part in the meeting and siding with Bukhari.

The Bukhari led group plans to launch a new political party which will take shape over the next few weeks and is likely to play a key role in the revival of political activity in Jammu and Kashmir.