On Monday, the curfew was temporarily relaxed from 2 PM to 5 PM in parts of J&K. 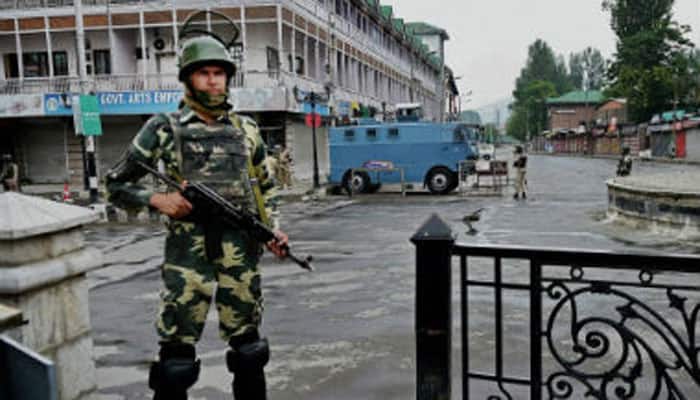 JAMMU: The curfew imposed in Jammu and Kashmir since February 15 – a day after the Pulwama attack - continued on Tuesday for the fifth consecutive day.

"The curfew imposed on February 15 will continue in Jammu today. A decision on its relaxation will be taken later in the day," police sources said.

On Monday, authorities had temporarily relaxed the curfew from 2 PM to 5 PM in parts of Jammu`s south city areas.

Since the curfew was imposed, there have been no untoward incidents.

Meanwhile, authorities have warned of strict action against people who are uploading fake, inflammatory posts and pictures on social media.

Rakesh Gupta, President of the Jammu Chamber of Commerce and Industry, told the media here on Tuesday that all Kashmiris living in Jammu were safe, adding that it was the duty of all sections of the society to stand alongside their Kashmiri brothers and sisters.

He also warned those raising anti-national slogans in Jammu.

"Jammu will not tolerate anything that goes against the interests of the country. Communal harmony, brotherhood between Hindus, Muslims, Sikhs and Christians is the bedrock of India and anybody trying to erode it would be playing directly into the hands of India`s enemies," Gupta said.

The curfew was imposed after miscreants torched vehicles and damaged several others carrying number plates of the Kashmir Valley in protest against the February 14 terror attack in Pulwama that killed 49 CRPF troopers.

Plea filed in SC for probe into Pulwama terror attack