Schools beginning from primary level and all the Government offices will reopen on Monday. 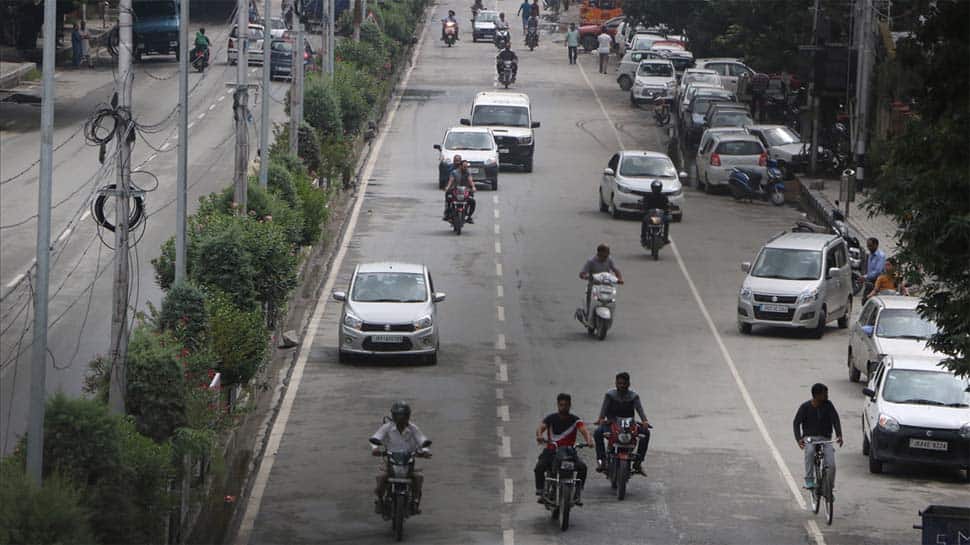 Vehicles ply on a Srinagar road. Restrictions in the Union Territory be lifted in a phased manner (IANS Photo)

SRINAGAR: Easing movement and communication across the Valley, Centre on Saturday lifted the restrictions across 35 police stations which include North, South Kashmir and Central Kashmir. Seventeen telephone exchanges were made functional, restoring landline services in several districts. Functionality of most of the remaining exchanges would be restored by Sunday evening, said the government.

Schools beginning from primary level and all the Government offices will reopen on Monday. Local  transport is also plying normally.

Mobile, internet and telephone connections were snapped in the newly-formed Union Territory in an effort to maintain peace and avoid any untoward incident following Centre's decision to revoke the special status of Jammu and Kashmir and bifurcate into two UTs.

Speaking on the restrictions, Kansal said the administration is closely monitoring the whole situation and so far no untoward incident has been reported from anywhere in the Valley.

He said the plying of public transport normally on the roads is a good sign and there are reports that the same has been noticed in rural areas also.

Deliberating on the present situation, IGP Kashmir SP Pani said that the administration is calibrating the situation and in this regard easing is done in gradual manner.