Search on terrorists who killed RSS leader, his guard in Jammu and Kashmir's Kishtwar

The killing evoked sharp criticism from every corner of the state, with Governor Satya Pal Malik calling for review of the security arrangements of the politicians. 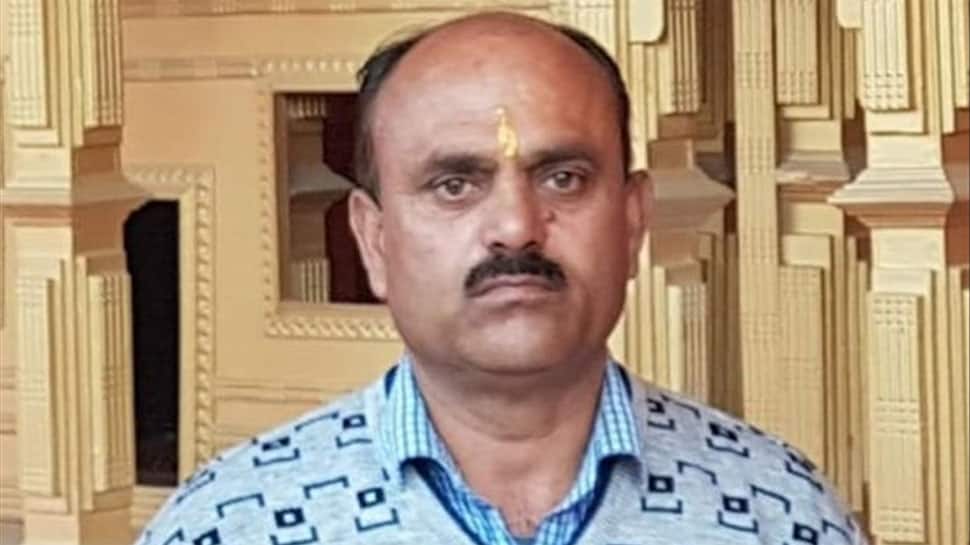 RSS leader Chanderkant Sharma, who was shot and wounded by a militant in Jammu and Kashmir''s Kishtwar town on Tuesday, succumbed to his injuries in the Jammu Medical College Hospital, on April 9, 2019. (File Photo: IANS)

SRINGAR: Curfew continued in Jammu and Kashmir's Kishtwar and Bhadarwah towns on Wednesday, day after terrorists killed an RSS leader and his security guard. Search operations to arrest the unidentified persons behind the attack are currently underway.

Fifty-two-year old RSS leader Chanderkant Sharma, who worked as a pharmacist in Kishtwar, and his PSO Rajender were shot dead by an unidentified gunman who barged into the district hospital at around 12.30 pm on Tuesday and started firing. Before fleeing from the spot, the attacker snatched Rajender's weapon. The number of terrorists involved in the incident has not yet been revealed by cops.

Sharma's last rites will be carried out at the cremation ground in Kishtwar on Wednesday morning.

"The militant was watching his (Sharma) movement and opened fire, resulting in the death of the PSO and injury to the leader," Kishtwar Senior Superintendent of Police (SSP) Shakti Pathak told PTI.

Sharma was moved to Jammu by air for treatment but died in hospital, officials said. He was 'Prant Sehsevak Pramukh' of the RSS.

Immediately after the incident, a curfew was imposed in Kishtwar and Bhaderwah and the internet connection was suspended. The Army was called in to maintain law and order.

The incident sparked spontaneous protests at various places in the town, including outside the hospital, as the leader was a resident of the town.

Hindu outfit Sanatan Dharam Sabha Doda has called for a bandh in Kishtwar on Wednesday. RSS' youth wing staged protests at Rehari Chowk in the heart of Jammu city, demanding identification of the culprits and severe punishment to them.

The killing evoked sharp criticism from every corner of the state, with Governor Satya Pal Malik calling for a review of the security arrangements of the politicians.

Former chief ministers Omar Abdullah and Mehbooba Mufti condemned the killings and called for a probe into the incident.

The BJP too condemned the incident and said it was part of a well-planned strategy to restart terror activities in the region.

Condemning the killing of its leader and his PSO in a terrorist attack in broad daylight in Kishtwar, the RSS Tuesday termed the attack a "security lapse" and called for extending the Army's 'Operation Allout' in the hilly district to prevent the spread of terror in the Jammu region, reported news agency PTI.

The Rashtriya Swayamsevak Sangh said it will not be cowed down by attacks and killings of its leaders to engineer a 1990-like situation of fear among Hindus, but sacrifices of its cadre will further strengthen our resolve against terrorism.

JKLF chief Yasin Malik brought to Tihar jail, may be produced before NIA court on Thursday