Indicating a change in their strategy, the security forces operating in Jammu and Kashmir have now decided to target the supporters of terrorists to weaken the terror network in the Valley. 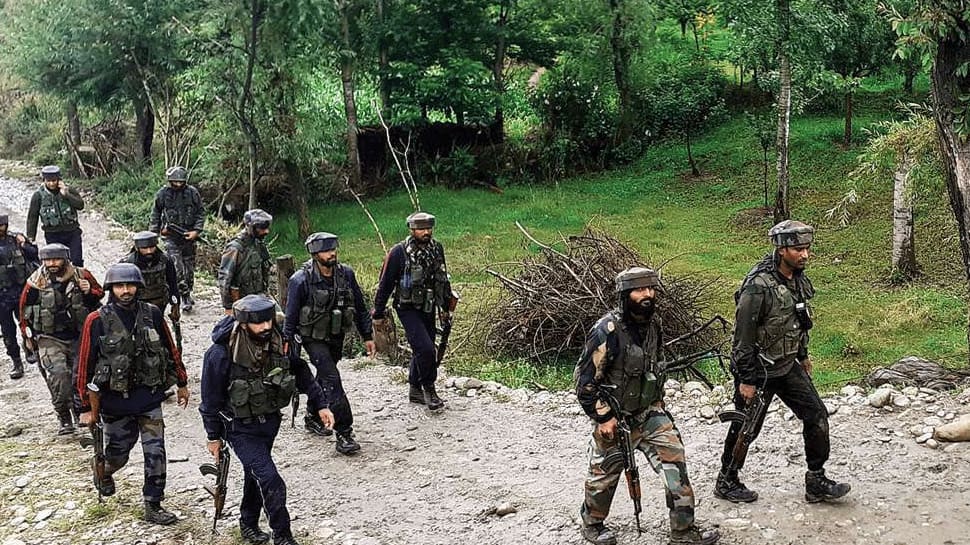 SRINAGAR: Indicating a change in their strategy, the security forces operating in Jammu and Kashmir are now targeting the supporters of Pakistan-backed terrorists to weaken the terror network in the Kashmir Valley.

According to the Zee Media sources, the strategy is to weaken the local support being provided to the terrorists. As part of this strategy, about 135 supporters of terrorists have been arrested and nearly 125 others are on the radar of the security forces in J&K.

The Jammu and Kashmir Police has further tightened the grip on terrorists’ supporters in Kashmir. The list of suspected over-ground workers (OGW) is being revised in all districts as part of the efforts to cut the support network of these Pakistan-backed terrorists and freeze their movement.

According to sources, all district headquarters have been asked to update the list of suspected terrorist supporters and call them for questioning and get an update on the terror network.

The names of hundreds of local Kashmiris, suspected to be sympathisers of the terrorists, have been circulated to all the district police officers in the Kashmir Valley for necessary action.

The network of terrorists’ supporters is under the scanner following frequent attacks on the security personals, especially in south Kashmir. The J&K Police believes that these local supporters provide specific information about the security forces and help them in executing their nefarious plans.

This year, around 135 terror supporters have been arrested and 125 more are likely to be questioned soon for their alleged links with the terror groups.

IGP Kashmir Zone Vijay Kumar said, "We have arrested 135 OGWs and 125 are on the list. Very soon, we will get them for questioning.’’

A J&K Police officer said, “We want to take out the water from the pond. The fish will automatically not survive." “We want to target that support structure. Police officials believe that terrorists can survive longer if their local support network is strong,” he added.

The anti-terror operations being conducted by the security forces in J&K have been very successful so far.

If numbers given by security forces are believed, at least 78 terrorists, including 20 top commanders of Pakistan-backed terror outfits, have been eliminated this year till date, and 22 have been captured alive in Jammu and Kashmir – an indication that the strategy is working.