The Shrine has been adjudged on the basis of the overall improvement in sanitation. Several initiatives were taken in the last few years to ensure the cleanliness of the entire Shrine area. 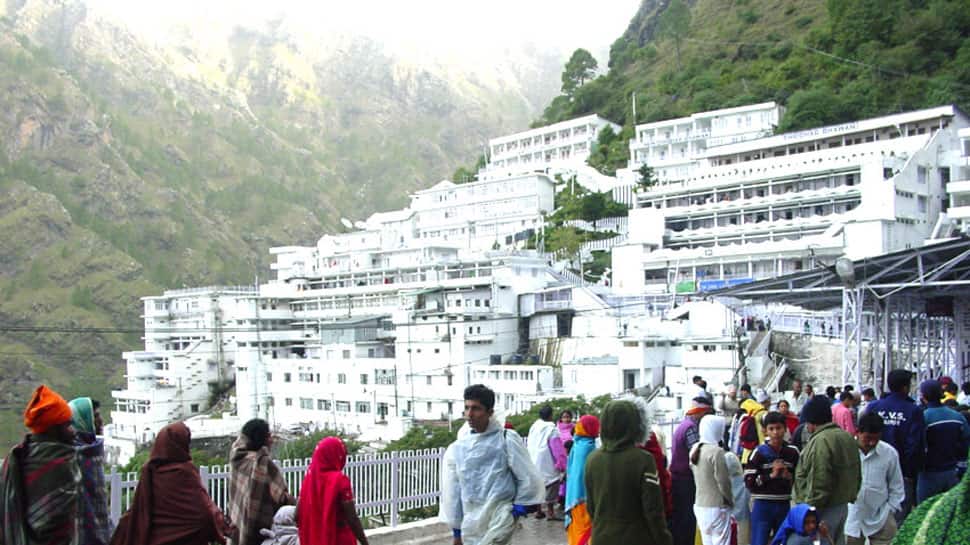 Katra: Shri Mata Vaishno Devi Shrine in Jammu and Kashmir has been adjudged as the Best Swachh Iconic place in the country in the 'Swachh Iconic Places' list released by the Ministry of Jal Shakti, Department of Drinking Water and Sanitation, on Tuesday.

The Shrine has been adjudged on the basis of the overall improvement in sanitation. Several initiatives were taken in the last few years to ensure the cleanliness of the entire Shrine area.

The initiatives of water kiosks, reverse vending machines, equid dung management centre, installation of kill waste machine, collection, transportation, and disposal of waste along with regular mopping up of waste though a workforce of 1300 sanitation workers (Shrine cadre and outsourced) have enabled the shrine to achieve the top rank.

The Chairman of Sri Mata Vaishno Devi Shrine Board and Governor, Jammu and Kashmir, Satya Pal Malik congratulated the CEO and all employees of the Board, particularly those engaged in the Sanitation, for bringing recognition.

It is pertinent to mention that in the year 2017, the Shrine received a special award from the Ministry of Drinking Water and Sanitation for remaining second, behind only to the Golden Temple.

In 2018, the Shrine was also declared as the cleanest religious place by the IndiaToday Group.

The President will confer the prestigious award to the Shrine during the Swachh Mahotsav to be organized by the Ministry of Drinking Water & Sanitation on the 6th September.