Convicted in fodder scam cases, the former Bihar chief minister has been sentenced to up to 14 years in jail. 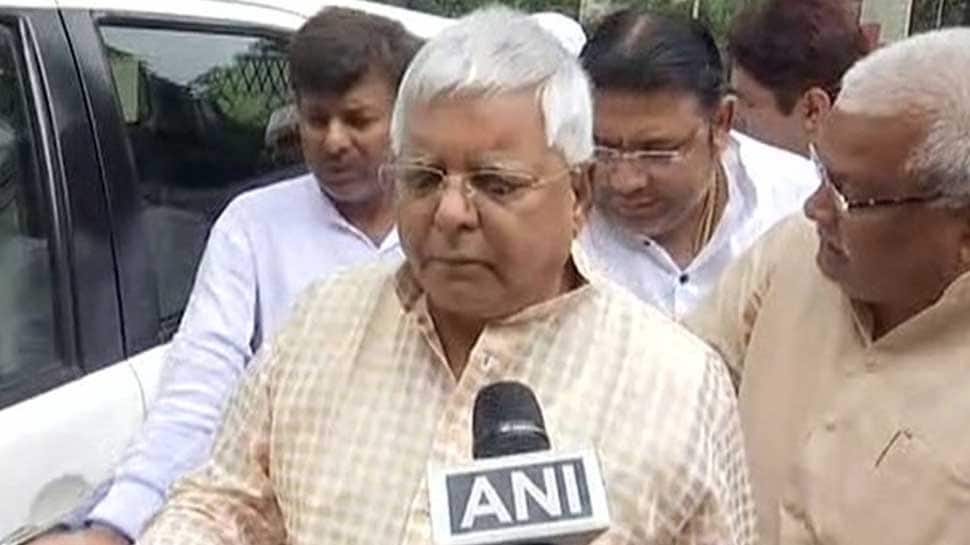 Several of his earlier bail pleas were rejected until now.

The RJD chief had on June 13 applied for bail in the Jharkhand High Court. The court of Justice Apresh Singh had asked Lalu Prasad to present his case on July 12.

The Supreme Court too had rejected Lalu Prasad’s bail plea in April this year.

In the last hearing, the court had asked the Central Bureau of Investigation (CBI) to submit its reply on Lalu Prasad’s bail plea. According to sources, CBI had strongly opposed the bail plea of Lalu Prasad.

Convicted in fodder scam cases, the former Bihar chief minister has been sentenced to up to 14 years in jail.

He is presently admitted to the paying ward of Rajendra Institute of Medical Science (RIMS) in Ranchi for treatment.

Despite getting bail in Deoghar Treasury fodder scam case, Lalu Yadav will continue to remain in jail as the scam case relating to Dumka-Chaibasa treasury is pending before the court.

The Bihar fodder scam cases pertain to fraudulent withdrawal of public money to the tune of Rs 950 crore in the early 1990s when Lalu was the chief minister of Bihar.

The CBI, which is investigating the case, may file chargesheets in as many as 60 such cases related to fraudulent withdrawal of public money from the state's treasury in the days to come. Meanwhile, four fodder scam cases, involving Lalu Yadav and several other officials, have been closed so far.