Three dead, over a dozen injured after bus collides with divider in Jharkhand's Hazaribagh

At least three people died and over a dozen others were injured after a passenger bus collided with a road divider in Jharkhand's Hazaribagh on Wednesday morning. 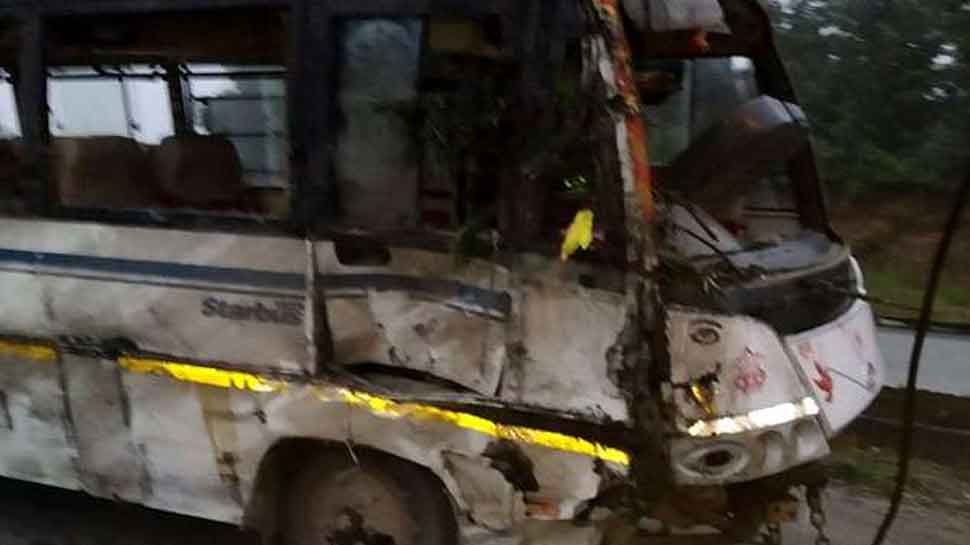 PATNA: At least three people died and over a dozen others were injured after a passenger bus collided with a road divider in Jharkhand's Hazaribagh on Wednesday morning.

The incident took place around 4 am on the national highway no. 33 under Charhi Police Station limits.

According to eyewitnesses, the incident took place after the driver lost control over the bus and it collided with a divider.

Due to collision, the bus turned turtle, resulting in the death of three passengers on the spot.

Those injured have been rushed to a nearby hospital for treatment.

Five of them who are in a critical condition have ben referred to Ranchi government hospital.

All the passengers were from Patel Nagar in Nalanda and were headed to Rajrappa for 'mundan' (tonsure) ceremony.

Hazaribagh police and the local administration is carrying out the rescue operation.  It is not yet known as to what caused the tragic bus accident.