Zee News' RN Agarwal reports that the ACs in the ICU wing of the hospital had not been working since Wednesday and that the head nurse had even submitted a written complaint about it. 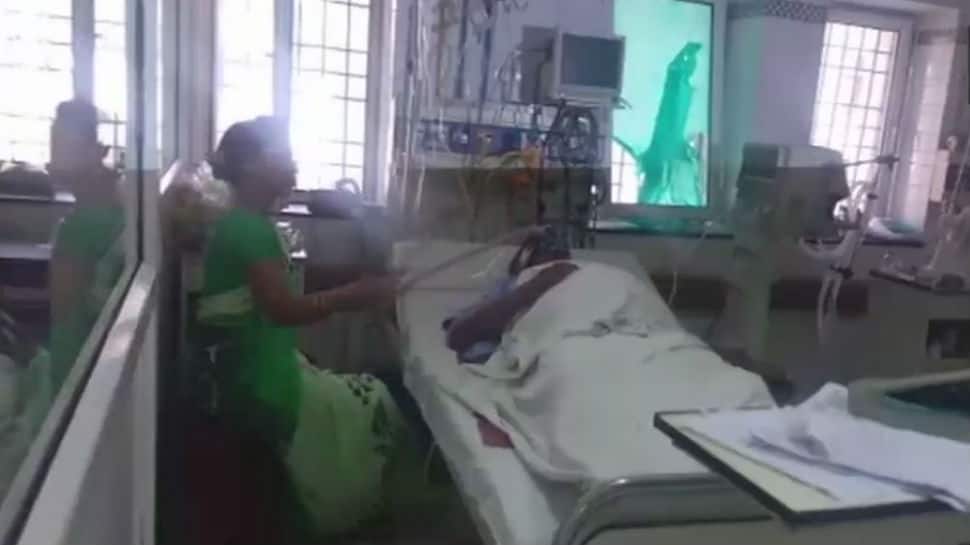 Kanpur: Government hospitals in Uttar Pradesh are once again in the line of fire after five deaths were reported within 24 hours at the Lala Lajpat Rai Hospital here. Relatives of patients who died have alleged that the AC plant for the ICU had not been working for several days.

It is reported that the ACs in the ICU wing of the hospital had not been working since Wednesday and that the head nurse had even submitted a written complaint about it. To provide relief to the patients, windows and doors around the wing were opened but relatives say it was not enough because of the intense heat across the city. They say they even had to use hand fans to try and bring some relief to the patients. It was not enough and between Wednesday and Thursday, as many as five patients died.

A complaint, nonetheless, was lodged with the District Magistrate who came here to investigate the matter. He reportedly assured help to relatives of all patients who passed away.

Instances of apathy in UP's medical set-up - especially in government hospitals in both urban and rural centres - are aplenty. The most infamous was when a number of children died in Gorakhpur's BRD Medical College, allegedly due to lack of oxygen cylinders.

Gods too feel hot like us: Coolers and ACs installed in Kanpur temple