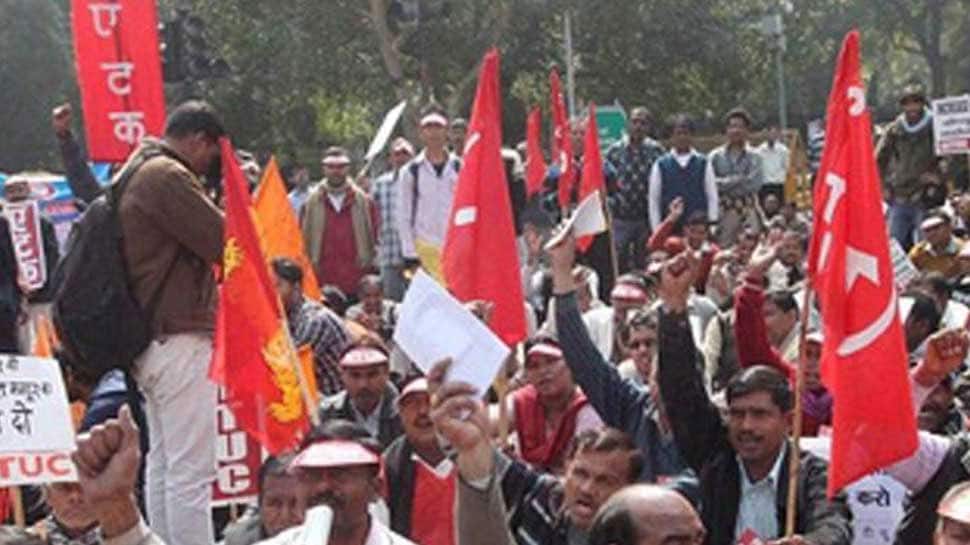 Bengaluru: Normal life is likely to get affected on Tuesday in several parts of Karnataka in view of a two-day nationwide strike (Bharat Bandh) called by central trade unions against the alleged 'repressive' policies for workers by the Narendra Modi government.

Karnataka State Road Transport Corporation (KSRTC) and BMTC buses and private autorickshaws will not ply on Tuesday. Banking services across the state are likely to be affected in view of the bandh.

Hotels, malls and film theaters are also likely to function as usual, with their unions extending "moral" support to the strike. Bank services are likely to be disrupted.

District administrations have been given the authority to declare a holiday for schools and colleges depending on the situation there, officials said. Some universities have deferred the examinations.

The trade bodies have claimed that the 48-hour-long nationwide general strike on January 8-9 will be a 'historic event'.

Apna Dal (S) issues stern warning to BJP, says 'we can go to any extent'