The Karnataka Congress leader was hospitalised in the evening on the recommendations of the doctors attending him. 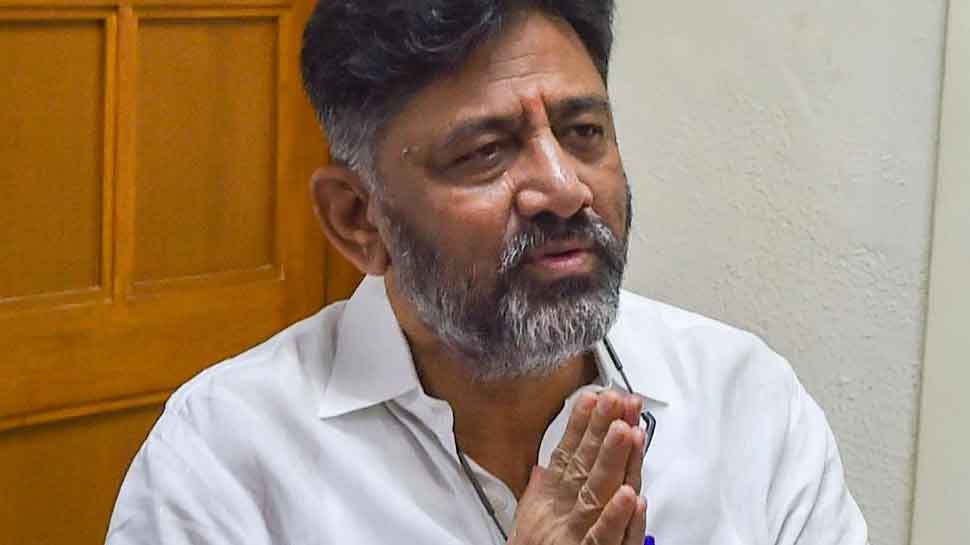 The Karnataka Congress leader was hospitalised in the evening on the recommendations of the doctors attending him.

Karnataka: Congress leader DK Shivakumar has been admitted to Apollo Hospital in Bengaluru, on suggestion of doctors following high blood pressure and variations in his sugar level. (File pic) pic.twitter.com/kaAgyd3zdf

The Delhi High Court had on October 23 granted bail to Shivakumar, ruling out chances of him tampering with the evidence in a case of money laundering brought by the Enforcement Directorate (ED).

Shivakumar, 57, who was arrested by the ED on September 3 and was released from Tihar jail on October 23, is only an MLA who belongs to a party that’s not in power in the state, the single-judge bench of justice Suresh Kait said while granting bail to the legislator.

“Therefore, in my considered view, there is no chance of the petitioner (Shivakumar) to tamper with the evidence,” the judge ruled. “I am of the considered opinion {that} the petitioner is entitled to bail on merits and medical grounds as well,” he said in the 19-page order.

Judge Kait granted bail to Shivakumar on a personal bond of Rs 25 lakh with two sureties of an equivalent amount. The judge ordered the politician not to leave the country without the permission of the court and to make himself available to the investigators

Shivakumar, a seven-time MLA in Karnataka, was booked along with Anjaneya Haumanthaiah, an employee of the Karnataka Bhavan in New Delhi, and two others--Sachin Narayan and N Rajendra--for alleged offences under the Prevention of Money Laundering Act (PMLA). The case was based on a charge sheet filed by the Income Tax (I-T) department against them before a special court in Bengaluru last year on charges of tax evasion and engaged in so-called hawala transactions.

The I-T department has accused Shivakumar and his alleged associate S K Sharma of carrying out transactions involving huge amounts of unaccounted money on a regular basis through hawala channels with the help of three other suspects.

The court, while granting bail, also said the ED had not placed on record anything to establish that either the petitioner or his family members or associates had ever tried to contact any of the witnesses to persuade them not to disclose any information on money earned by him for himself and family members or aides.

The judge also noted that Shivakumar and another 14 witnesses had already been examined in the case.