The political crisis in Karnataka led to trial of strength in the state Assembly on Thursday. 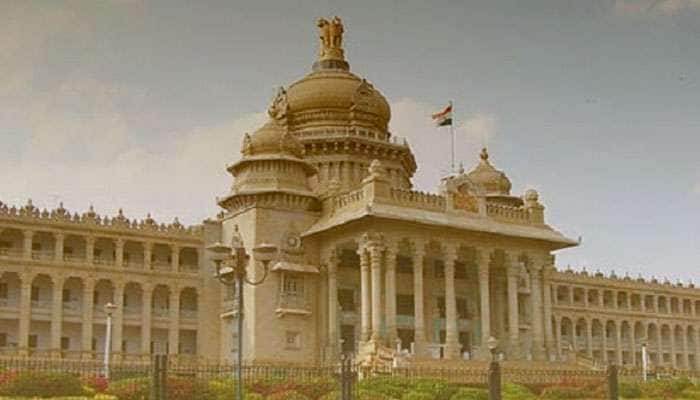 In all, 16 rebel legislators, including 13 of the ruling Congress and three of the Janata Dal-Secular (JD-S) resigned from the Assembly, triggering a political crisis in Karnataka and leading to trial of strength in the state Assembly on Thursday.

In the state Assembly elections in May 2018, the Congress had won 80 seats, JD-S 37, Bharatiya Janata Party (BJP) 104 and the remaining by two Independents and one by the Bahujan Samaj Party (BSP) in the 225-member House.

One Congress rebel (Umesh Jadav), however, resigned from the party on March 2 from his Chincholi (reserved) Assembly seat in the state's northern region and got elected on May 23 from the Gulbarga (reserved) Lok Sabha segment, defeating veteran Congress leader Mallikarjun Kharge after a high-voltage campaign in the erstwhile Hyderabad-Karnataka region.

Jadav's son, Avinash, wrested the Chincholi Assembly seat from the Congress in the May 19 by-election.

The Congress, however, retained the Kundgol Assembly seat in the state's northwest Dharwad district in the May 19 by-election, held due to the death of its legislator and minister CS Shivalli on March 22. His widow C Kusumavati defeated BJP's SI Chikkanaguudar.

Of the 79 Congress MLAs, including Assembly Speaker KR Ramesh Kumar from Kolar seat, the party's effective strength will be reduced to 66 if its 13 rebels abstain from the session.

With Reddy indicating to withdraw his resignation and attending the session, the Congress will have 67 legislators in the Assembly for the floor test.

As the remaining 12 Congress and three JD-S rebels are staying away from the session, the effective strength of the ruling combine will be 102, including the Speaker and one of the BSP.

With the support of two Independents (R Shankar and H Nagesh) supporting the BJP, the opposition party (BJP) will have 107, two more than the 105 halfway mark in the 209-member reduced House for a simple majority.