While the water has started receding in many flood-affected districts, the weather department has predicted moderate rains in these states over the next few days. 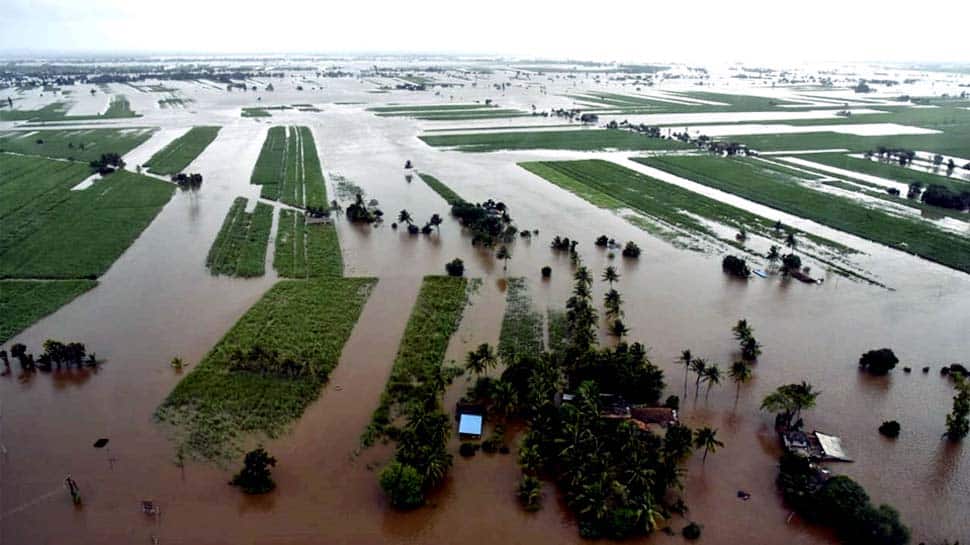 At least 179 persons died and over 70 are missing in the flood-hit states of Kerala, Karnataka and Maharashtra, official data indicated on Tuesday. The highest death toll of 88 was reported from Kerala, followed by 48 in Karnataka and 43 in Maharashtra.

Torrential rains and flood situation in Kerala have led to many deaths and caused landslides in some districts. Of the 14 flood-battered districts in Kerala, Malappuram is the worst hit with the highest death toll of 29. As many as 1,332 relief camps are currently operational in the state. The India Meteorological Department (IMD) has predicted a "cloudy sky with a few spells of rain or thundershowers" for the next five days in the state.

Kerala Chief Minister Pinarayi Vijayan, accompanied by other state ministers and top officials, will visit the flood-affected districts of Wayanad and Malappuram on Tuesday.

In Karnataka, 48 persons died while 12 others are missing. Over 6.73 lakh people and 50,000 animals were rescued. A total of 3,93,956 are have taken refuge in 1224 relief camps across the state. As per official data, 2738 villages across 17 districts and 86 Taluks have been affected. Landslides have been reported from Kodagu, Dakshina Kannada, Chikkamgaluru and Uttara Kannada districts. Connectivity in 136 major roads including national and state highways and major district roads have been disrupted due to floods and landslides. “The Pune-Bengaluru National Highway-4 in Kolhapur's Shiroli area was closed for traffic movement following waterlogging on the route due to continuous rain in the region,” informed Road and Transport Minister Nitin Gadkari.

While the water has started receding in many flood-affected districts, the weather department has predicted “light to moderate rains” till in north interior Karnataka. Joint rescue teams of Fire and Emergency, SDRF, NDRF and Indian Army have evacuated 6.73 lakh people till Monday.

In Western Maharashtra, 43 people died while three were missing as of Monday, Pune Divisional Commissioner Deepak Mhaisekar said. A total of 4,08,322 people have been rescued from the district and evacuated to safer places, the data showed.As many as 1,224 relief camps are currently operational in the state with 3,93,956 people taking shelter in them, while 372 medical teams have been deployed.

Karnataka to give Rs 5 lakh each to flood-hit families