8 dead, 17 rescued after boat capsizes near Karwar in Karnataka, search on for one missing

There were around 26 people on the ill-fated boat which capsized near Karwar. 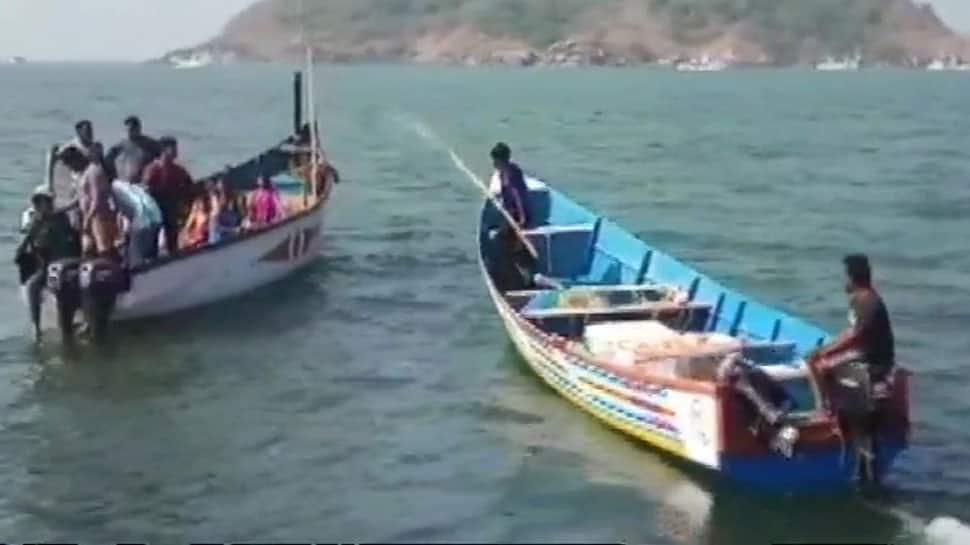 GANDHINAGAR: At least eight people died after a boat capsized in Kali River near Karwar Bridge in Karnataka earlier on Monday.

At least 17 people were safely rescued by the Navy and Coast Guard officials after the ferry boat carrying about 26 persons capsized near Karwar Bridge.

News agency ANI quoted Navy in confirming that out of the 26 persons reported to be onboard the boat, 17 people have been rescued, 8 bodies have been recovered and search is on for the one person who is still missing.

Of the 26 persons reported to ne on the boat, 17 people rescued by other civil boats operating in area. Eight bodies have been recovered by the naval & @IndiaCoastGuard assets deployed in area. Search is on for the one person still missing. Dornier a/c launched from Goa for SAR

Navy also shared a clip of the rescue work being carried out in the Kali river.

Clip from the accident site pic.twitter.com/YaimmvykyD

Media reports earlier said that there were around 22-24 people on the ill-fated boat.

The rescuers had earlier found six dead bodies as they began the earch for those missing soon after the tragedy struck.

Karnataka: 6 dead after a boat capsized near Karwar, earlier today. There were around 22 people on board. Fisherman and coastguard have found six bodies till now, while others are missing. Search operation underway. pic.twitter.com/NgtJJ8mKWB

A group of local fishermen and Coast Guard officials had spotted six dead bodies in the river, ANI reported earlier.

Navy's Chetak helicopter was airborne from Goa and a team of professionally trained divers from the naval force was called in to carry out rescue work.

Officials believe that the boat was carrying more people than its capacity.

It has now emerged that the boat was returning from Kurumagada Island in the Arabian Sea to the Karwar Beach.

According to police, there was an annual fair at the Kurumagada Island, where the Narsimha Swamy Shrine (dedicated to Lord Vishnu's incarnation Narsimha) is located.

"Nearly 1,000 people had gone there to take part in the fair. While returning to the beach, the boat carrying nearly 26 people capsized," police said.