Prakash Raj is contesting from Bengaluru Central seat as an independent candidate in the Lok Sabha election. 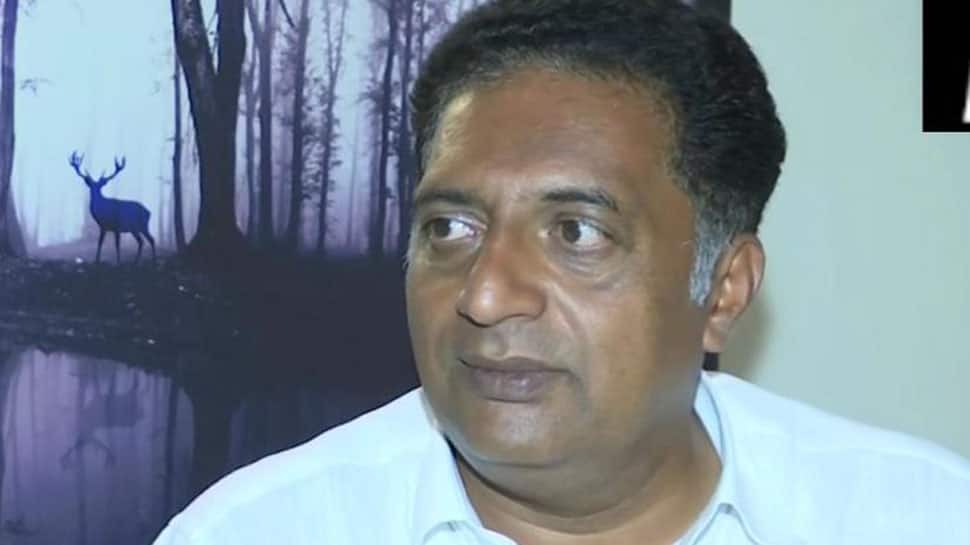 Bengaluru: Veteran actor Prakash Raj, who is contesting from Bengaluru Central seat as an independent candidate in the Lok Sabha elections, on Wednesday hit out at the Congress for posting photographs on social media platforms, which claimed he backed the grand old party.

"There was a candidate debate and I met Congress candidate (from Bengaluru Central) Rizwan Ahmed. Congress has made a photograph of it (him shaking hands with Ahmed), sent it on WhatsApp groups and said it`s confirmed that Prakash Raj has joined Congress so you don`t have to waste your vote on him. It was done by Mazhar Ahmed who claims to be Rizwan`s PA," Raj told ANI in an exclusive interview.

Raj said he telephoned and slammed the lack of ethics of the person, who made the "sick" claim that the photos were a forward.

"Will you stoop so much? Why don`t they talk on issues, report card (on their governance performance) or a scientific temper with a vision for the problems we have in this country. It`s sick and I am really angry about it. We need to teach these people ethics," said the 54-year-old actor.

The photograph of a shake-hand between Raj and Ahmed had gone viral on social media platforms, which was captioned as -- `Prakash Raj supports Congress. Don`t waste your vote by giving it to Prakash Raj`.

Hitting out at opposition leaders like Navjot Singh Sidhu and Mayawati for broaching the subject of religion while electioneering, Raj said, "You are speaking to a citizen to this country. If any political party says this is a minority seat, are they actually secular? This seat is a Muslim seat... how can you call it a Muslim seat?"

"If you want to empower minorities, you empower them over the years to bring the leadership in them. See to it they embrace inclusiveness in this country. That is how we citizens have to look at it. You need to uplift them. You need to give reservations. That is for them (Congress) to say we are making it fair for you. But, they are not doing this, they are just using the minorities as a vote bank. This is sad," he remarked.

Downplaying the Opposition`s agenda to defeat the BJP in the ongoing Lok Sabha polls, the actor said, "Who are you to defeat anybody? In a country`s election, parties or individuals don`t win. If you choose the wrong person, people lose. But, if you choose the right person, citizens win. We have to see it in that way."

Stressing that the elections should not be linked to just a mere political battle, Raj said, "Let us not fight against political parties. Fight for your right to choose your right. Once, you choose the right candidate of your constituency, everything will fall in place."

Raj underlined that the country needs parliamentarians having a vision who will take the country forward by making policy decisions.

"We need to see 500+ parliamentarians who are going to make policies to 130 crore Indians, be it water or jobs. We need a vision and we need visionary leaders to come in here," he said.

"All my problems or interests is the people and their issues. There is a need to understand the political parties and their leaders` mistakes and our mistakes as citizens," said the veteran actor.

Describing the 17th Lok Sabha elections as a "voice" and "festival" for the people to choose the next government, Raj underlined that it is important to see whether the administration or an elected candidate has a vision for the problems faced by electorates or not.

Divulging his future course of action if he was elected as an MP, Raj said, "I will sit (in the Parliament) for the people. If any policy made is not pro-people, I will be the first person to raise my voice. A single parliamentarian is not one parliamentarian. He or she has got that many lakhs of people (who are being represented by an MP)."

Commenting on instances where film actors have gone back to the industry after joining politics, Raj rebuffed that he would not follow suit, saying that he is ready to have people going against him and making him "uncomfortable".

"I am not that one of those actors (who will leave politics). I am not only known for acting. I am feeling more liberated in the last few years since I stood on threatening issues by leaving the comfort zone.

Raj, who has been critical of the Narendra Modi government, attacked the BJP for labelling those as "anti-national" who spoke against the government.