CC Patil the minister in-charge of Gadag district, told people that the government is spending a huge amount in the flood-affected areas despite lack of funds. 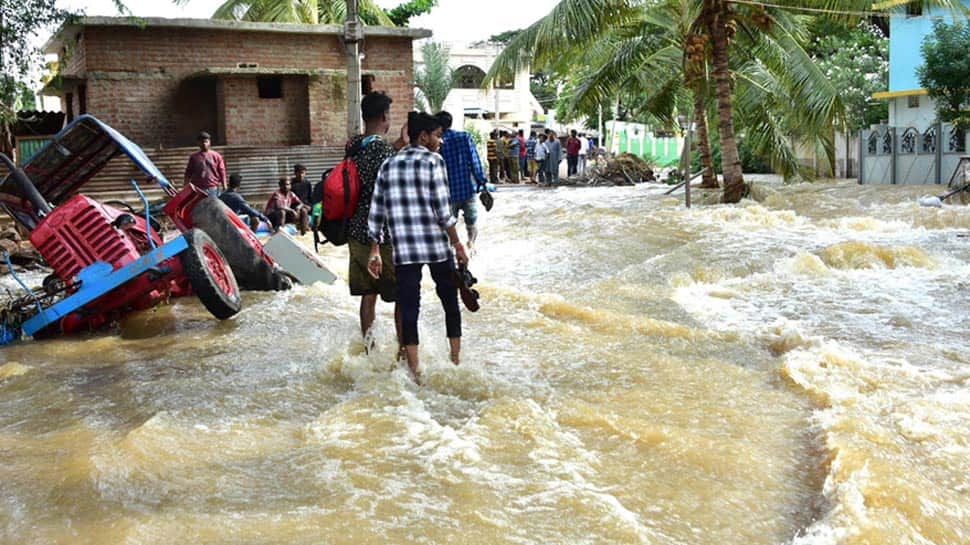 Gadag: After being criticised by residents for not visiting flood-affected areas in Gadag district, Cabinet Minister CC Patil on Wednesday reached Sevala Nagar village and talked to people about the problems they face. Patil, also the minister in-charge of Gadag district, told people that the government is spending a huge amount in the flood-affected areas despite lack of funds.

"You are aware of how much money the government is spending in flood-affected areas. You even know that the government doesn`t have money. We are also not getting our MLA funds. We will see later if you want to leave this village and want to shift to a different village. I will make the arrangements," Patil said.

The death toll due has gone up to 13 following the devastation caused by incessant rain and floods in Karnataka from October 18 till today. According to state government data, a total of 150 livestock have been killed and more than 10,000 houses have been damaged. To bring back normalcy in the flood-hit regions, the state administration has set up relief camps for those affected.

In Bagalkote, as many as 3,734 people have been rehabilitated in seven relief camps. A total of 7,220 people have been rehabilitated across Karnataka in 28 relief camps. Furthermore, on Wednesday, around four Additional Directorate General of Public Information Indian Army (ADGPI) teams were pressed into action for relief and rescue operations in the flood-hit Raichur district.