"Kumaraswamy, even if you bathe 100 times, you will be like a buffalo,” said former BJP MLA Raju Kage. 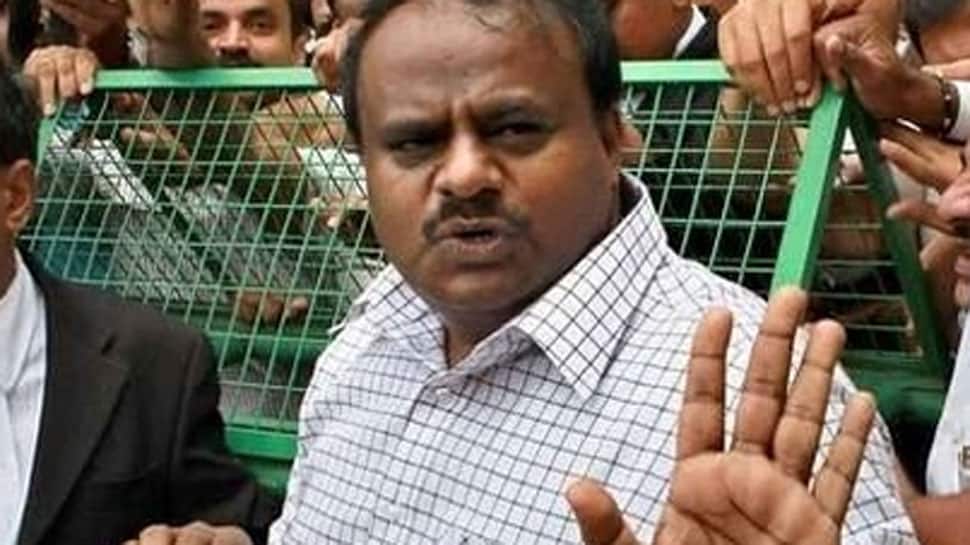 BENGALURU: Former Karnataka Bharatiya Janata Party (BJP) legislator Raju Kage stirred a controversy after comparing state Chief Minister and JD(S) leader HD Kumaraswamy to a buffalo. His comment comes days after Kumaraswamy took a swipe at Prime Minister Narendra Modi, claiming that the glow on his face is due to makeup and wax.

“Narendra Modi applies powder 10 times and changes 10 clothes in a day. Arre, Modi is fair and good looking. Kumaraswamy, even if you bathe 100 times, you will be like a buffalo,” said Kage while addressing a rally at Bengaluru.

Taking a dig at PM Modi, Kumaraswamy on April 9 said he applies "make-up" to keep his face "shining".

"@narendramodi wakes up every morning, applies make-up or wax to get a shine on his face and sits in front of cameras," tweeted the Karnataka CM.

"As we take bath once in the morning and wash our face only the next day, our faces do not look good for cameras. That`s why even the media shows only Modi," added Kumaraswamy in Kannada when asked if believed that Modi applies wax to make his face shine. He expressed surprise on how the Prime Minister manages with such a gruelling campaign schedule, addressing three to four public rallies in a day.

The high-voltage election campaign by political parties for 14 Lok Sabha seats in central and southern regions of Karnataka, which will go to polls during on April 18, concluded on Tuesday.

Polling in the remaining 14 Lok Sabha seats across coastal and northern regions of the southern state will be held on April 23. The vote count will be on May 23 for all the 28 seats.

Karnataka: Chincholi Assembly bypoll on May 19, counting on May 23