Bengaluru: Karnataka BJP chief Bookanakere Siddalingappa Yeddyurappa is all set to take oath as the state chief minister for the fourth time at 6 pm on Friday after state Governor Vajubhai Vala accepted his stake to form the government.

The development was confirmed by the state BJP on Twitter.

The Lingayat strongman met the Governor around 10 am on Friday, three days after the HD Kumaraswamy-led coalition failed a trust vote.

"I met governor to form the government and take oath as CM. Governor has agreed and given letter. I will take oath as CM between 6 to 6:15pm today," he said after meeting the Governor. 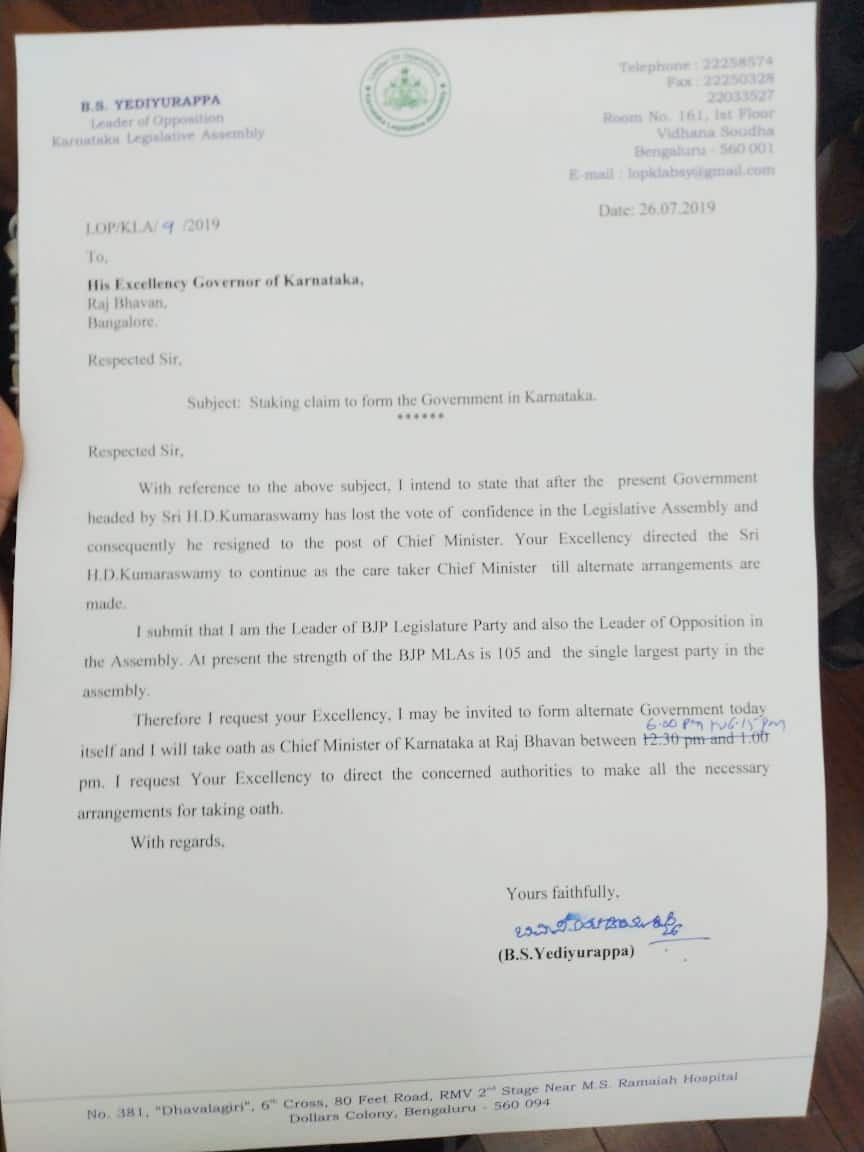 Letter submitted by Yeddyurappa to Governor

Former Karnataka CM HD Kumaraswamy had submitted his resignation to the Governor after the Congress-JD(S)-led government lost the trust vote in the Vidhana Soudha on Tuesday, July 23. The 14-month-old Congress-JD-S government lost the floor test by 105-99 after three weeks of intense power struggle in the state.

A hard-boiled RSS Swayamsevak, Yeddyurappa joined the right-wing Hindu outfit when he was barely 15, and cut his political teeth in the Jana Sangh, the BJP's forerunner, in his home-town Shikaripura in Shivamogga district. He is credited for laying the foundation of BJP in this southern state.