CM HD Kumaraswamy is expected back in Karnataka from his personal visit to the United States late on Sunday (July 7). Congress and JDS, meanwhile, have been engaged in a series of hectic meetings following the recent resignations of their respective MLAs. 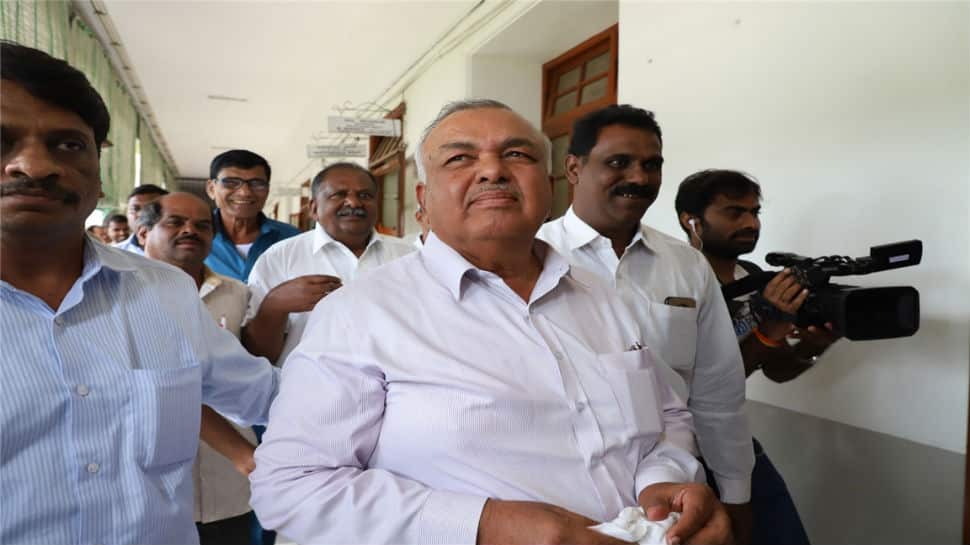 Congress and Janata Dal Secular have gone into damage control mode after the 11 MLAs resigned from membership of the Karnataka Assembly and flew to Mumbai in a chartered plane late Saturday night. Hectic meetings on Saturday have given way to working overtime on Sunday with both parties - part of a shaky coalition government in the state since May of 2018 - fighting hard to prevent a collapse.

Eight MLAs from Congress and three from JDS tendered their resignations to Speaker KR Ramesh on Saturday and a final decision from him is expected by Tuesday. In the meantime, the eight MLAs are staying in Mumbai's Sofitel Hotel where their rooms have been booked till July 10 and the three JDS MLAs too are expected here later on Sunday.

(Also read: Why 11 Karnataka MLAs may have resigned)

Back in Karnataka, both Congress and JDS have begun hectic work to save the government here.

It has been learnt that Congress' KC Venugopal met Ramalinga Reddy, one of the eight Congress MLAs who had resigned. It has also been learnt that Reddy remained adamant on his decision and reportedly alleged that he had long been overlooked. Venugopal, Congress' general secretary in-charge of Karnataka, also spoke to CM HD Kumaraswamy who is currently on a private visit to the United States and is expected back by Sunday evening.

While JDS, Kumaraswamy's party, is trying to ensure that the revolting MLAs take back their resignations, Congress too has been stung hard by the recent development. At the party headquarters in Bengaluru, members of Youth Congress staged a protest to demand that the party MLAs reconsider their decision to resign. Dinesh Gundu, party chief in Karnataka, too is travelling and is only expected back in the state late Sunday evening.

Congress has also alleged that it is the Bharatiya Janata Party (BJP) that is engineering the political crisis - a charge vehemently denied by the BJP. Former Karnataka CM BS Yeddyurappa has said that this is a result of the in-fighting between Congress and JDS, adding that the BJP will closely monitor the developments as they unfold.

The dissident MLAs are currently in a Mumbai hotel.

Shivakumar steps in to defuse crisis in Karnataka, stops 4 MLAs from resigning