The senior Congress leader, who is currently out of Tihar jail on a bail in a money laundering case, was admitted to hospital after he complaint of chest pain. 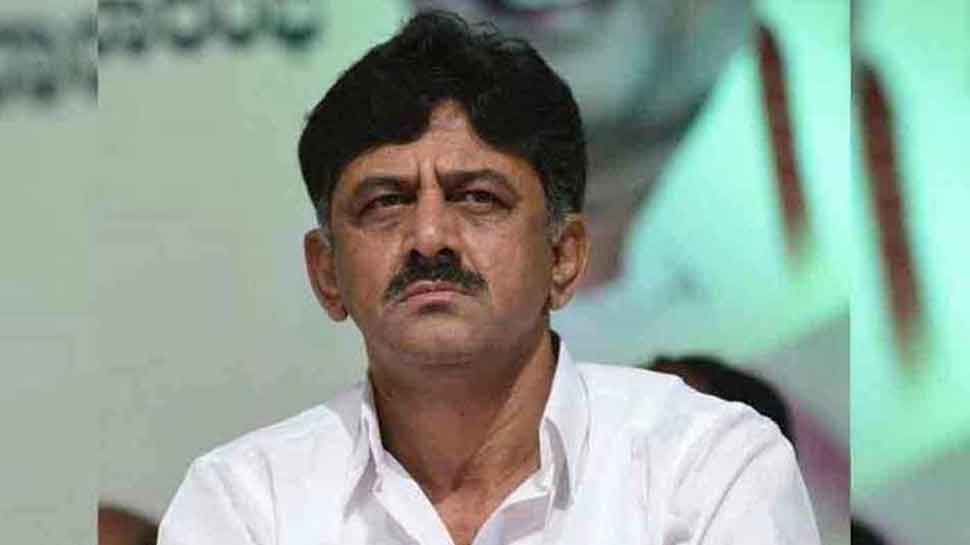 New Delhi: Karnataka Congress leader DK Shivakumar was admitted to a hospital in Bengaluru on Monday night after he complained of chest pain.

According to Shivakumar's spokesperson, the former state minister had been taking part in a number of events ever since his release from Tihar jail, which had a negative effect on his health. In recent times, the minister complaint of chest and back pain on a number of occasions.

Earlier on November 1, the Congress leader was admitted to a hospital following high blood pressure and variations in sugar level.

Shivakumar was released from Tihar Jail on October 23 after Delhi High Court granted him conditional bail in a money laundering case. The former state minister and Kanakapura Assembly segment legislator was arrested on September 3 in New Delhi and sent to Tihar jail on September 20 for his alleged involvement in a money laundering case by the Enforcement Directorate (ED), tax evasion and hoarding over Rs 8 crore cash in his flat in New Delhi.

Shivakumar has been on the radar of the Income Tax Department and the ED since demonetisation in 2016. An Income Tax search at his New Delhi flat on August 2, 2017, led to the seizure of unaccounted cash amounting to Rs 8.83 crore. The Income-Tax department sleuths recovered the cash in August 2017 following a search and seizure exercise.

Thereafter, the Tax Department lodged cases against the Congress leader and his four associates under Sections 277 and 278 of the Income Tax Act, 1961, and Sections 120(B) (criminal conspiracy), 193 (Punishment for false evidence) and 199 (False statements made in declaration which is by law receivable as evidence) of the Indian Penal Code (IPC).

Incidentally, according to Shivakumar's affidavit submitted to the Election Commission ahead of the Assembly elections in 2018, his daughter Aisshwarya owned assets of Rs 108 crore compared to only Rs 1.09 crore in 2013. Shivakumar, however, clarified that Aisshwarya was not dependent on his income and that he was still declaring her assets as per the Representation of Peoples Act.

The 57-year-old Congress strongman from Karnataka, Shivakumar was instrumental in the formation of the state`s last Janata Dal-Secular (JD-S) and Congress coalition government.