The Static Surveillance team of the EC Wednesday stopped the Chief Minister's SUV on the highway while he was on his way to Hassan. 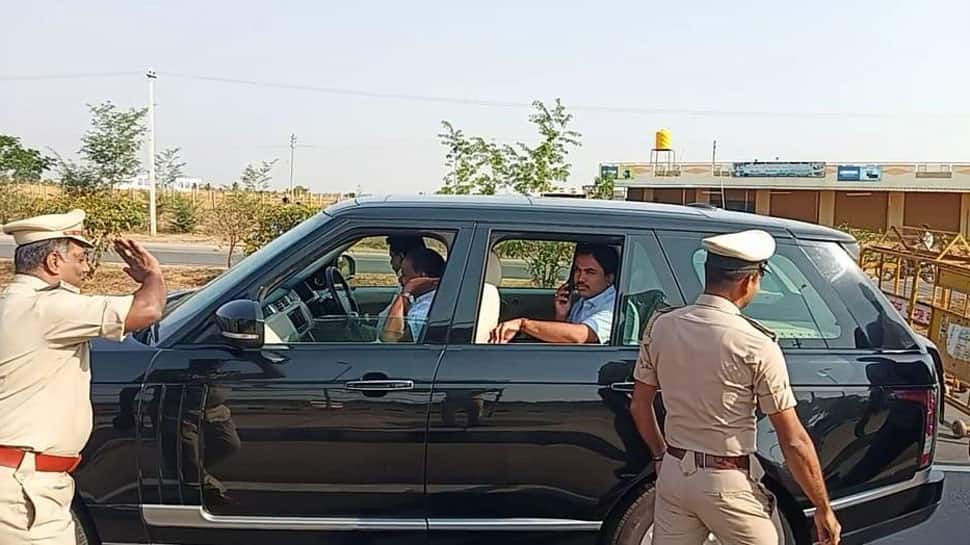 Two days after the Election Commission of India stopped Karnataka Chief Minister's Range Rover and his convoy for checks, HD Kumaraswamy accused the poll panel of harassing his family.

“Election Commission and Income Tax Department are literally harassing me and my family. Let the EC officials perform their duties, but don’t harass us on mere suspicion,” said the Chief Minister, reports news agency ANI.

The Static Surveillance team of the EC Wednesday stopped the Chief Minister's SUV on the highway while he was on his way to Hassan.

An IANS report states that nothing incriminating was found during the vehicle search.

"It was a routine search at the Channarayapatna check-post on the Bengaluru-Hassan highway. We daily check vehicles of all political parties, their leaders and candidates to ensure they observe the Model Code of Conduct,” said Election Commission official NS Darshan.

Besides Kumaraswamy`s Range Rover, the EC team also searched 14 other vehicles which were part of the convoy going to Hassan to campaign for Prajwal Gowda of the ruling Janata Dal-Secular (JD-S), who is contesting from the key constituency.

"We stopped the vehicle and checked its dicky and open spaces. As we found nothing in it, we allowed it to cross the check-post," said Darshan.

The IT department in a statement said that it has seized Rs 1.66 crore cash in raids across Karnataka. A total of 24 premises were searched. It also said that no MP, MLA or minister has so far been covered in the searches, which are underway.

In another development, the Election Commission Thursday transferred the superintendent of police of Hassan and changed an election observer in Mandya – the two sensitive constituencies from where former Prime Minister H D Deve Gowda's grandsons are contesting the Lok Sabha polls.

Hassan SP A N Prakash Gowda has been transferred and Chethan Singh Rathor has come in his place, while Mandya election observer Ranjit Kumar has also been changed, a senior electoral officer said.

The BJP had alleged misuse of official machinery and had requested the Election Commission to transfer the two officers to conduct free and fair elections in Hassan.