Leave nothing to chance and dance if you must. This might just be what politicians are thinking in the run-up to Lok Sabha 2019 election. 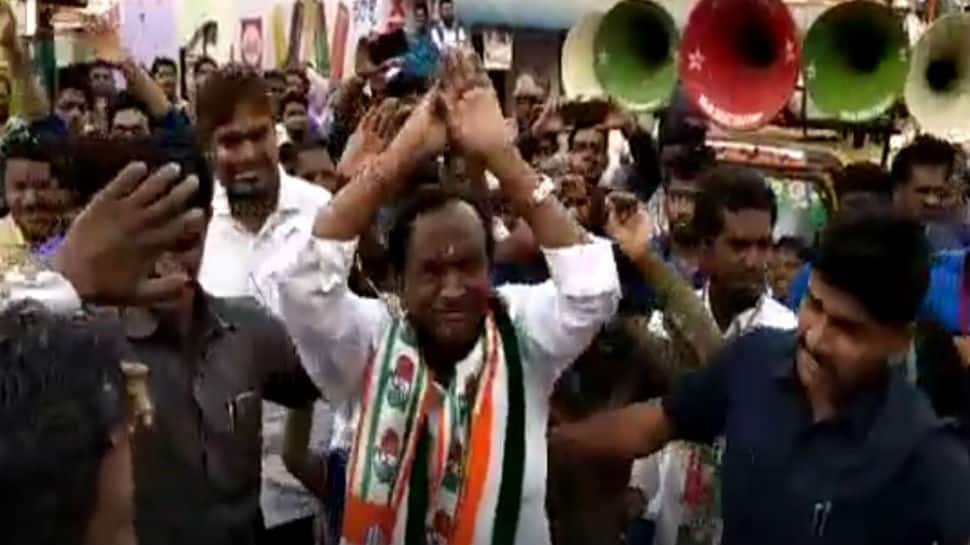 Hoskote, Karnataka: Politicians are known for moving heaven and earth to secure votes and fulfil their political ambitions. Some, like Karnataka minister M.T.V Nagraj, choose a more relatable option - that of dancing.

Nagraj recently did the Nagin dance on the streets - cheered by his supporters in Hoskote - to attract the attention of prospective voters. Trying to showcase his moves, the minister - devoid of any inhibitions - even incorporated the mock sting move which is an integral part of the dance sequence.

The Hoskote MLA was here to campaign for party candidate Veerappa Moily who has been fielded from Chikballapur constituency. And while promises have been made galore by candidates cutting across party lines, Nagraj would be hoping that going the extra mile by putting on his dancing shoes helps his party strike a chord with voters.

Nagraj would also be hoping to use his dancing skills to make prospective voters forget about I-T raids at his residence in February. At the time, he had alleged that there is no evidence or reason for the raids to be conducted.

Now, he would be hoping that campaigning for Moily helps him bury memories of that raid. After all, Moily had defeated BJP's BN Bache Gowda in the Lok Sabha 2014 election and faces him once again in the upcoming election as well.

Chikballapur will vote in the second phase of election - on April 18.