HD Kumaraswamy claims he was told two years ago by a military officer that PM Narendra Modi would 'build a story before election.' The Karnataka CM did not provide evidence to support his claim. 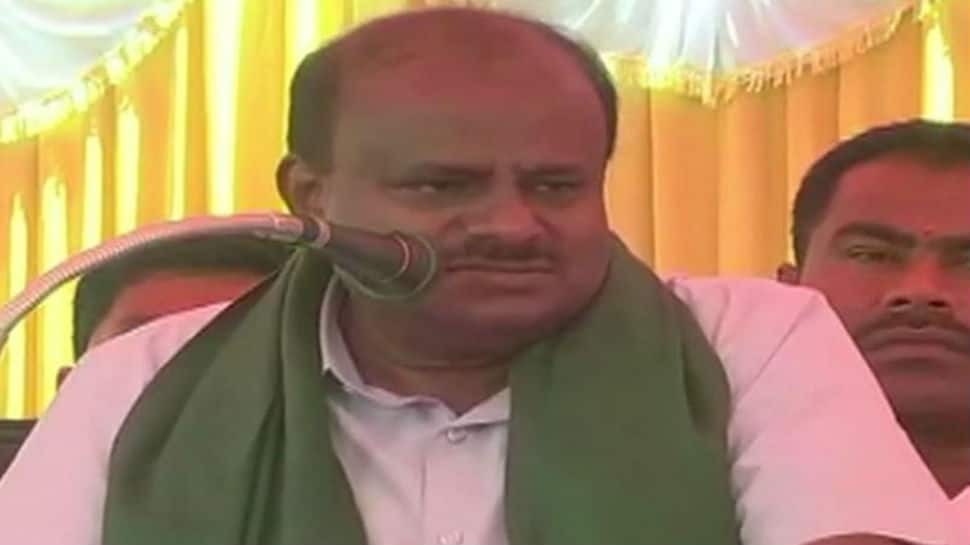 Koppa, Karnataka: Known for getting rather emotional while addressing people at large, Karnataka CM HD Kumaraswamy on Friday resorted to pleading to sway voters away from the Bharatiya Janata Party ahead of Lok Sabha 2019 election.

Speaking at a rally here, Kumaraswamy accused Prime Minister Narendra Modi has been lying to people. "I'm pleading with you don't believe PM's colorful words," he said, before going on to add that he is building a fiction regarding action against Pakistan. "Why should we have enmity with neighbouring countries? Two years ago, a military officer told me that PM will build a story before election to get votes. They don't ask for votes on development work."

While Kumaraswamy claimed he was informed about PM 'building a story' before election, he did not provide any evidence to support his statement. Instead, the Karnataka CM implored people to reject BJP - apparently by believing his words.

While PM Modi and other BJP leaders have cited strong action against Pakistan and Pakistan-based terrorist organisations during election rallies, several rival political leaders have raised questions on these actions. This has been seen as casting aspersions on the integrity of India's armed forces. General VK Singh, BJP candidate from Ghaziabad, had previously told Zee Media at the India Ka DNA conclave that questioning military action against Pakistan is a new low in Indian politics. His views were supported by Union Minister Rajyawardhan Singh Rathore at the same conclave. " In 2019, all the good are on one side and the other side is full of parties with a negative mindset. If they can question our armed forces, they can question economic data and our government's reports," he had said.