Calling Congress clueless, Rajyavardhan Singh Rathore said at Zee News' India Ka DNA conclave that the flawless work done by BJP has forced rival parties to come together. "If they can question our armed forces, they can question economic data and our government's reports." 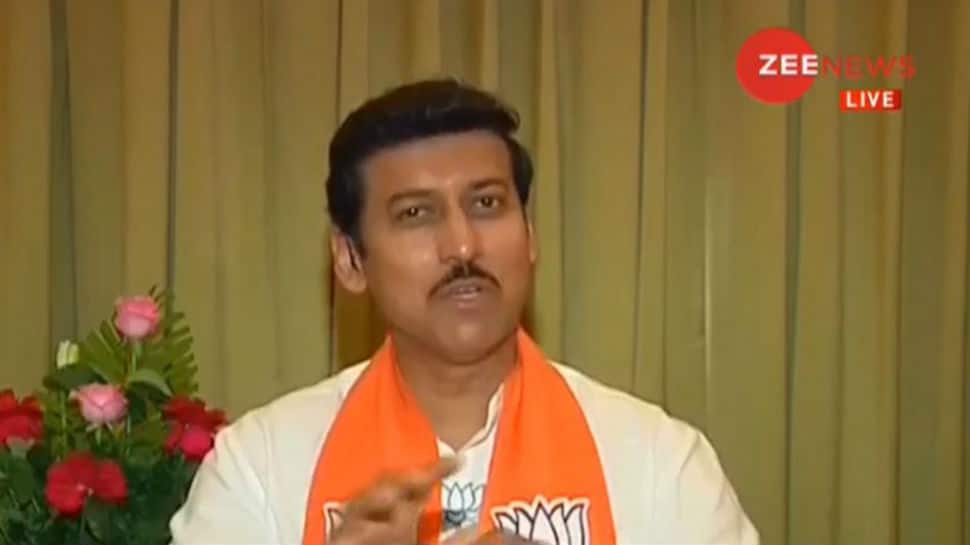 New Delhi: Rajyavardhan Singh Rathore on Monday said that he is confident that the pro-development and inclusive policies of the Modi government in the last five years will help BJP win the upcoming Lok Sabha 2019 election.

At Zee News' India Ka DNA conclave, the Information and Broadcasting Minister said that it is a battle between PM Modi's development policies versus 'Remove Modi' ideology of rival parties. "The Modi government has worked relentlessly for the benefit of people and of India. People knew about our names in 2014, now they know about the work done. A lot has been done, a lot remains to be done. We have already prepared a plan for the first 100 days when we come back to power after the election. Our government will now ensure that the pace of development increases" he said. "The opposition is highly impressed with our government and that is why all of them have come together. Their only agenda is 'Modi hatao' just like it is the agenda of a few other countries. In 2019, all the good are on one side and the other side is full of parties with a negative mindset. If they can question our armed forces, they can question economic data and our government's reports."

Underlining how the coming together of rival parties shows they are unnerved, Rathore also said that the opposition lacks clarity and instead, indulges in needless banter. "Rahul Gandhi is clueless. The opposition is losing ground. Even the Congress is not clear about NYAY, so they talk about 72,000, then it becomes 72,000 crore or 25,000 crore. They have no plan and are making tall promises because they know they won't come to power."

Rathore also said that it is under the current government that defence forces have truly exhibited their strength. "Previously, the policy was that while India was strong but a small nation was creating trouble and launching terror attacks. Now, the policy has changed. Defence forces don't want war but we should have the capability to demonstrate our strength."

The Olympic medal-winning shooter and a former soldier, Rathore was then asked if his reputation has increased since joining politics or has it come down. "I want to maintain my reputation but my country's reputation is more important than my own. If the country is strong and developed, then all of us will become strong and our reputation will rise. I am a soldier and I will do my bit for the country," he said.

Rathore will contest the upcoming election from Jaipur and urged people to choose between good and evil. "This battle if for India's future and we want to build the country's reputation. We have to work for a strong country. This is Mahabharat. Voters need to choose their sides. Either they are with the good or they will be with the bad elements," he said.