The court has also asked the state government to submit a projected estimate of oxygen required for the next week. 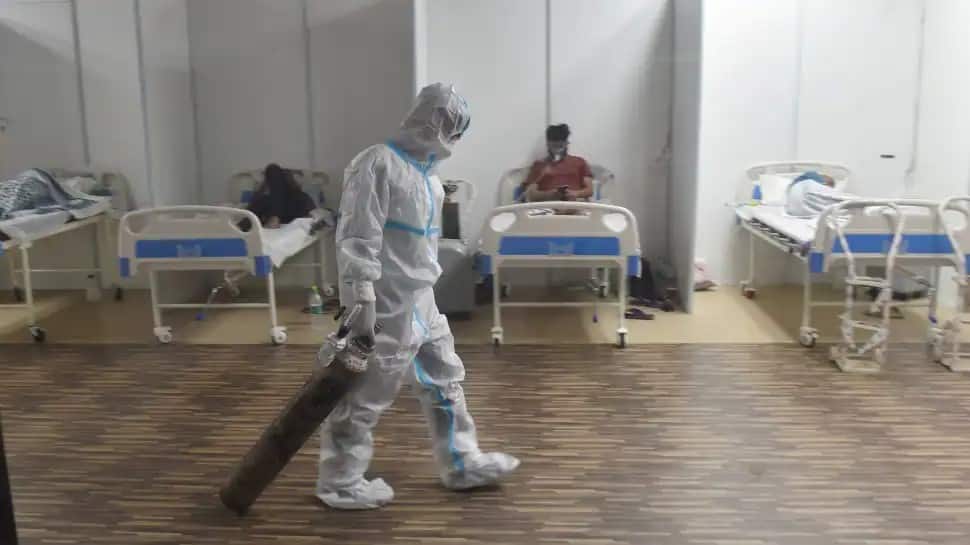 Bengaluru: Karnataka High Court on Wednesday (May 5) directed the Centre to increase the quota of oxygen for the state to 1200 metric tonne for the next four days amid rising demand due to COVID-19 surge.

It has also asked the state government to submit a projected estimate of oxygen required for the next week.

The order comes amid reports of a shortage of oxygen in the hospitals. Earlier this week, 24 COVID-19 patients died in a hospital in Chamarajanagar district due to oxygen shortage.

The Karnataka government has appointed retired High Court judge Justice B A Patil as the one-man commission to inquire into the deaths.

Karnataka has been witnessing an exponential rise in the daily new virus infections, despite a lockdown imposed from April 27 to May 12.

The state has reported over 44,000 cases and 200 fatalities daily in the past few days.

As of Tuesday, Karnataka had a little over 4.64 lakh active cases, while it witnessed 44,631 new infections.

The state has been making efforts to ramp up the vaccination drive. Karnataka Health Minister K Sudhakar on Wednesday said that the state has crossed 1 crore inoculations of COVID-19 vaccine. He added that they have received 1,05,49,970 doses from the Centre and the state government has procured 3 lakh doses.