A medico-legal register of the private hospital where Anand is undergoing treatment, in its report cited "black eye, nasal blood clot, and tenderness over left lower chest". 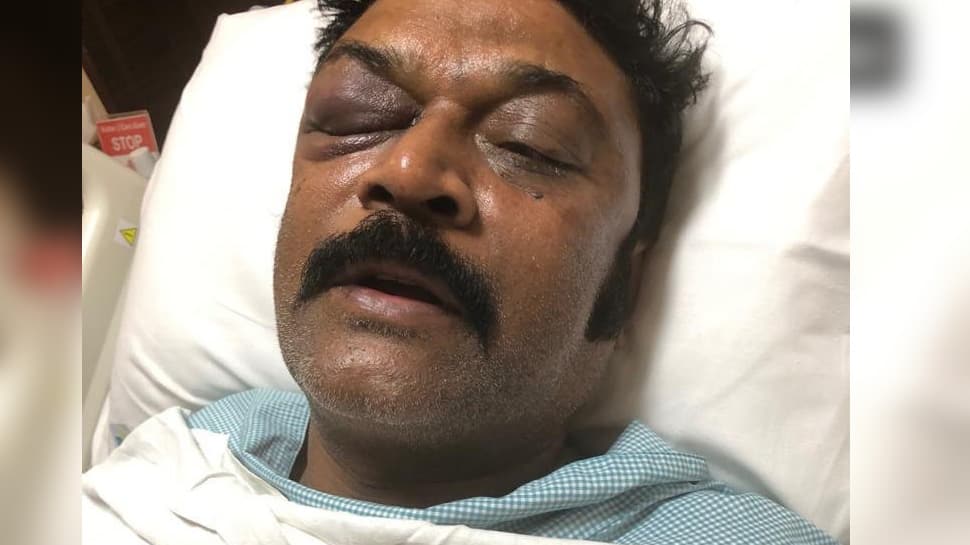 BENGALURU: Congress MLA Anand Singh has filed an FIR against party MLA JN Ganesh for allegedly assaulting him. In a photo shared by news agency ANI during taking treatment at Apollo Hospital, Anand can be seen with a blackened eye.

A medico-legal register of the private hospital where Anand is undergoing treatment, in its report said: "history of traumatic injury at around 1 AM on January 20 at Eagleton Resort, Bidadi, and sustained an injury to head, face and left side chest pain."

It also said "no history of loss of consciousness, seizure and vomiting" and added that there was complaints of headache and left side chest pain. The report also cites "black eye, nasal blood clot, and tenderness over left lower chest".

Meanwhile, Ganesh has said that no "bottle attack" had taken place as projected in the media, while stating that he too was injured a bit during the fight. However, he said that he would apologise if Anand has been hurt. "Whatever media has created about (my) hitting (Singh) with bottle...14 to 20 stitches... Are allcompletely false. There were also reports about (me) having bitten our gun man. He is physically present here. This is also a lie," Ganesh said.

Ganesh had allegedly hit his lawmaker colleague Anand during an alleged brawl at a private resort, giving an embarrassing twist to the party's bid to keep its flock together. Anand suffered injuries and has been admitted to a private hospital.

Stating that Singh is like an elder brother to him, Ganesh said he and his family have respected Singh, whom they knew for the last 15-20 years.
"I have not done this to him purposefully. On someissue Bhima Naik (another Congress MLA) and Anand Singh (had differences), (I) tried to bring them together (compromise)... but some wrong events happened."

"If the events that happened there have pained him (Singh), I would apologise to his family. This did not happen intentionally. He was unwell and was hospitalised. Things have been created by the media," headded.

Ganesh is among the disgruntled Congress MLAs who was reportedly in touch with other dissidents in the party and was on the BJP's radar in its alleged toppling game. As per to reports, he was furious with Anand for foiling his plans to join the BJP by leaking information to the Congress leadership.

Congress had shifted its legislators to the resort on Friday last, as it feared that the BJP might lure some of them in its alleged bid to destabilise the Congress-JDS coalition government in the state.

8 dead, 17 rescued after boat capsizes near Karwar in Karnataka, search on for one missing