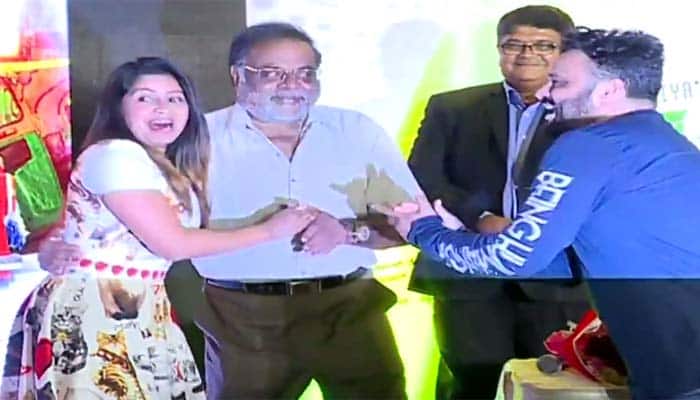 This time, the minister bunked the ongoing state assembly session in Belgavi, for an on-stage dancing session.

An amateur clip circulating on social media shows the Kannada actor-turned-politician dancing on stage with a woman before proceeding back to his seat.

This is not the first time the legislator has been caught redhanded.

In 2015, Ambareesh hit the headlines for watching a dance video on Whatsapp along with another Congress MLA SS Mallikharjun during the assembly session.

In 2014, a video showing him dancing to song Humma Humma and a picture of him kissing a girl in a bar went viral.

Ambareesh is currently a legislator from Mandya constituency.

Recently, the minister was in news for his ongoing tussle with another Congress leader Ramya.