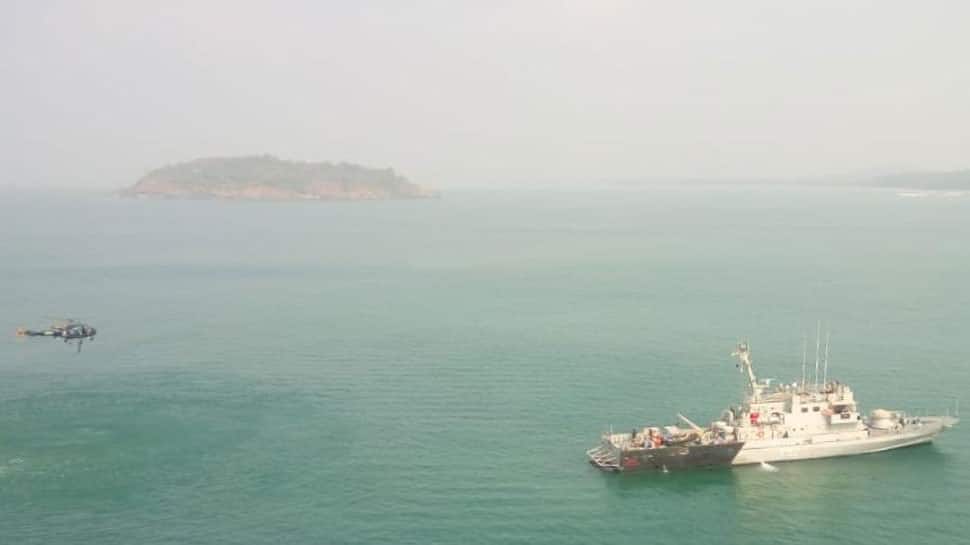 Bengaluru: The search and rescue of the persons, who have gone missing after a boat capsized in Kali River near Karwar Bridge in Karnataka, is on Wednesday in progress. The mishap took place on Monday claimed lives of at least 20 people.

Two Chetak helicopters and one Dornier aircraft have been pressed to conduct the rescue operation while earlier as many as 10 Naval divers and two Gemini crafts were deputed to augment diving operations.

At least 17 people were safely rescued by the Navy and Coast Guard officials on Tuesday after the ferry boat carrying about 26 persons capsized near Karwar Bridge.

Navy's Chetak helicopter was airborne from Goa and a team of professionally trained divers from the naval force was called in to carry out rescue work.

Officials believe that the boat was carrying more people than its capacity. The boat was returning from Kurumagada Island in the Arabian Sea to the Karwar Beach.