As per the seat-sharing pact, of the total 28 Lok Sabha seats in Karnataka, Congress will contest 20 and JD (S) on eight. 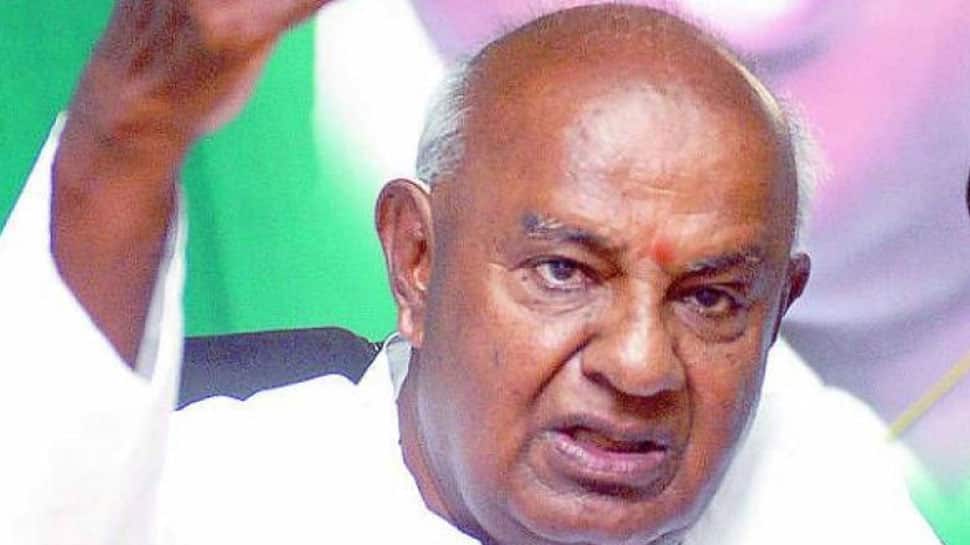 “HD Devegowda will contest from the Tumkur parliamentary constituency as the combined candidate of JDS and Congress,” JDS spokesperson Ramesh Babu told media persons. “He will file his nomination on 25th Monday at 2 to 3 PM, at DC office, Tumkur. JDS and Congress will join the occasion."

However, the decision to field Devegowda as the alliance candidate has not gone down well with the sitting Congress MP from Tumkur, P Muddahanumegowda.

“What is coalition, what is coordination? I'm a sitting MP from here and I have delivered at the floor of the house. Why have you denied me the ticket? It is not correct,” said Muddahanumegowda, adding that he'll file his nomination from Congress party for the seat on Monday.

“Elected representatives and all local leaders want me to contest. That's why on Monday we will start a procession from BGS circle to DC office and I'll file nomination with the support of all our leaders as the Congress candidate for Tumkur,” he added.

As per the seat-sharing pact, of the total 28 Lok Sabha seats in Karnataka, Congress will contest 20 and JD (S) on eight.

Immediately after the announcement, Muddahanumegowda along with Deputy Chief Minister G Parameshwara requested the JD (S) to give the seat back to the Congress, amid simmering discontent within the party's local leadership about ceding the seat to the alliance partner, reported news agency PTI.