A group of migrant workers stranded in Gujarat’s Surat on Tuesday attacked and pelted stones on policeman during which one cop was injured. 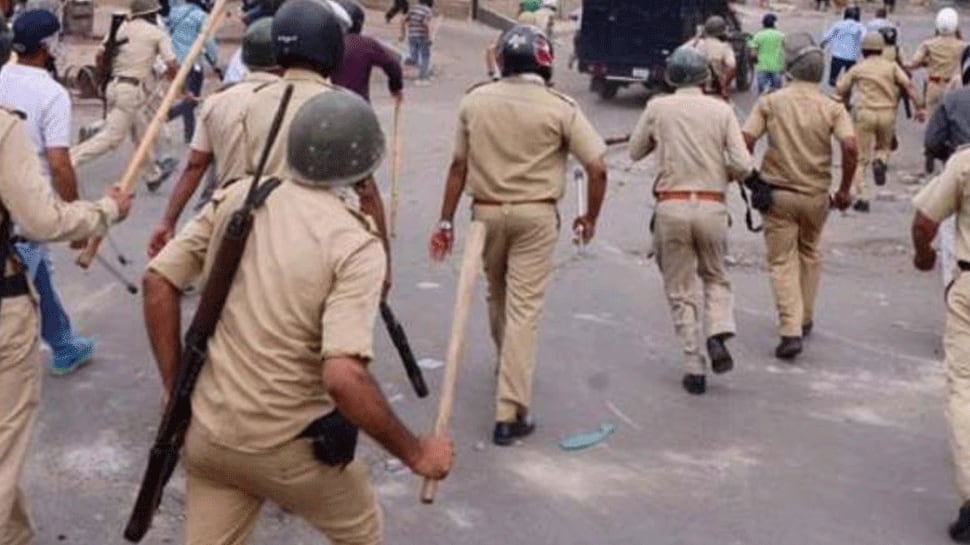 SURAT: A group of migrant workers stranded in Gujarat’s Surat on Tuesday attacked and pelted stones on policeman during which one cop was injured.

According to Zee Media sources, these labourers allegedly threw stones at the security personnel who were trying to enforce lockdown in an area of Gujarat's Surat city on Tuesday morning, an official said.

Five of them have been detained for the attack on the policemen, Surat's Deputy Commissioner of Police R P Barot said.

Some labourers got angry after a PCR (police control room) van reached a locality in Dindoli area to enforce the lockdown in the wake of the coronavirus outbreak, he said.

"We a sent a PCR van in the area after coming to know that people were roaming around and not adhering to the lockdown norms. When the police asked locals to stay indoors, some of them got angry and started throwing stones at the policemen," Barot said.

A policeman received injuries in the incident, he said.

Five men were detained, he said, adding that additional force was sent to the area and the situation was brought under control.

These labourers damaged property worth several lakhs. They have been pressing the authorities to allow them to go back to their respective states.