Law enforcement agencies have denied all reports of “harassment” and “sexual abuse” at the ongoing Dasara festival in Mysuru, Karnataka. 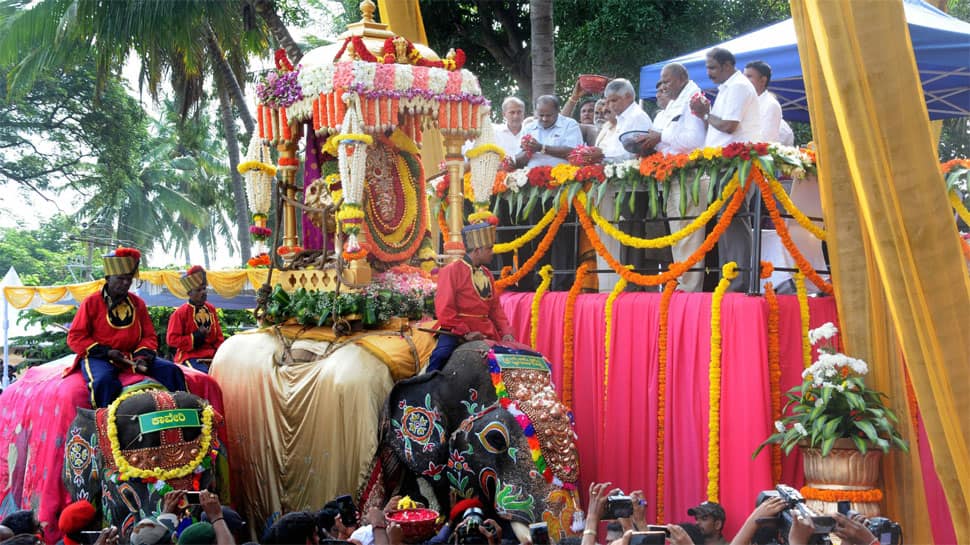 Mysuru: Law enforcement agencies have denied all reports of “harassment” and “sexual abuse” at the ongoing Dasara festival in Mysuru, Karnataka.

“No such incidents took place and there were no complaints,” Mysuru police commissioner A Subramanyeswara on media reports of incidents of sexual molestation on Tuesday.

“There were enough police personnel deployed to take care of the situation,” he added.

Rao said that no formal complaint has been received.

Police is currently scrutinising footage obtained from CCTV cameras in the area.

On Monday, October 15, during the open street celebrations of the Dasara festivities, a large crowd, consisting of locals and tourists, gathered at the city's Krishnaraja Boulevard.

"It was very disgusting and very irritating. Some boys came drunk and they were coming near us and falling on us. One girl raised her voice to send that group out but our Mysore boys are really unfit. They didn't even support that girl. It's very shameful, very shameful #MeToo," a woman tweeted.

"People take advantage to grope, touch and nudge others. They say sorry and know they can't be blamed," another woman said in a Twitter post.

One woman claimed that foreign tourists who had arrived to witness the festivities were not spared either.

"We are looking for some specific information and are going through the CCTV videos. So far we have not come across (any such incident) from the footage we have. We need confirmation on that," Rao earlier said, adding that police were trying to identify the victims.

"So far, we haven't got any specific information except for four tweets saying they were molested or harassed. They (the women) just went home and put up a tweet. We are still taking it seriously and trying to identify those people (molesters)," he added.