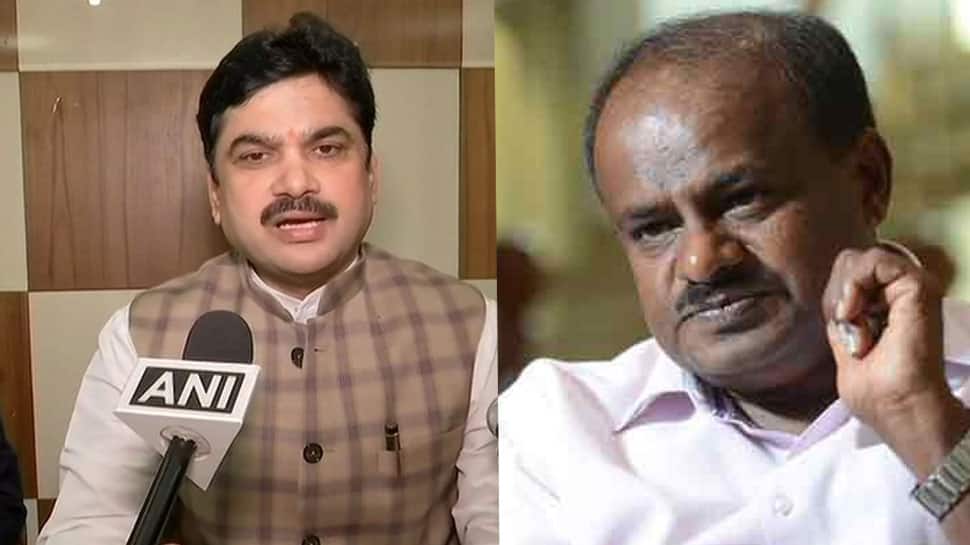 BENGALURU: Amid reports that six to eight Congress MLAs were ready to cross over to the BJP after two independent MLAs withdraw support from the HD Kumaraswamy-led government in Karnataka, a senior leader of the saffron party said on Tuesday that lotus will blossom in the Congress-JD(S)-ruled southern state soon.

Commenting on the fast-paced political developments in Karnataka, BJP's Ram Shinde said, ''They (two independent MLAs) must have thought that they should join BJP that received the mandate instead of those who formed an unnatural alliance.''

''I'm getting a feeling that the 'Operation Lotus' will be successful in the coming days,'' Shinde said.

BJP's Ram Shinde on 2 Independent MLAs withdraw support from Karnataka govt: They must have thought that they should join BJP that received the mandate instead of those who formed unnatural alliance. I'm getting a feeling that Operation Lotus will be successful in the coming days pic.twitter.com/5D9P1DlrUH

Reactions from the senior BP leader came amid reports that some lawmakers of the ruling coalition have gone incommunicado and were willing to cross over to the BJP.

However, dismissing any threat to the Congress-JDS dispensation in the state, Chief Minister H D Kumaraswamy earlier on Tuesday said that his government was 'stable' and he was "totally relaxed".

Seeking to put up a brave front, Kumaraswamy said, "I know my strength. My government is stable. Don't worry."

"Whatever are the episodes in our Kannada (TV) channels going on from last one week I am enjoying it," he added.

Taking a swipe at the BJP, the Karnataka Chief Minister said, "What is going to happen? If two independents declare support (to BJP). What will be the numbers? I am totally relaxed."

Both the Congress and the BJP have been accusing each other of trying to lure legislators.

While the BJP reportedly flew its 104 lawmakers to Delhi and later to a resort in Gurugram late on Monday, the Congress-JD(S) accused the former of luring its MLAs by offering bribes and other perks.

However, BJP state chief BS Yeddyurappa rubbished reports that his party was attempting ‘Operation Lotus’ to topple the state government.

‘Operation Lotus’ is a reference to BJP’s alleged bid to lure several opposition MLAs to defect to ensure the stability of its then government headed by Yeddyurappa in 2008.

He said there was no truth in the charge and instead alleged that the Congress-JD(S) combine was trying to woo his party MLAs.