The former Karnataka CM once again loses his cool and end up slapping his own party worker in front of the media. 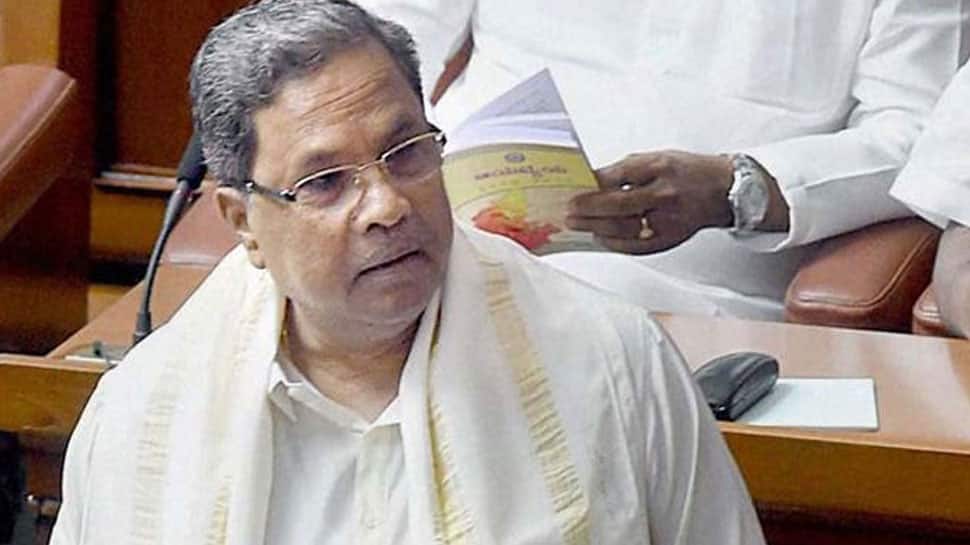 New Delhi: Former Karnataka Chief Minister and senior Congress leader Siddaramaiah was caught slapping his aide outside the Mysuru airport on Wednesday afternoon. A video shared by news agency ANI shows the veteran leader hitting his aide in public. However, the reason of his indignation is unknown.

The man was apparently trying to push a phone to Siddaramaiah's ear, asking him to talk to the person on the other side. However, the senior Congress leader, visibly irritated, listens to the man  for a while and immediately slaps him on his face, before making his way towards his vehicle.

This is not the first time when the former Karnataka CM showed his displeasure by hitting someone. In the past, he was criticized and slammed for manhandling a female, who was a Congress worker and had raised her voice against the revenue department.

Uncomfortable by her questions about his son's work as an MLA, Siddaramaiah attempted to snatch the mic from her, resulting in her dupatta falling down. He also asked her to shut up and sit down. This prompted several political parties to criticise the veteran leader for his action.

He, later, issued a statement saying he did so in an attempt to stop her from making a long speech.

Kumaraswamy treated me as an enemy and that led to all the problems in JDS-Congress coalition in Karnataka: Siddaramaiah