Karnataka Minister and senior Congress leader DK Shivakumar has alleged that three Congress MLAs were camping at a hotel in Mumbai with some BJP leaders. 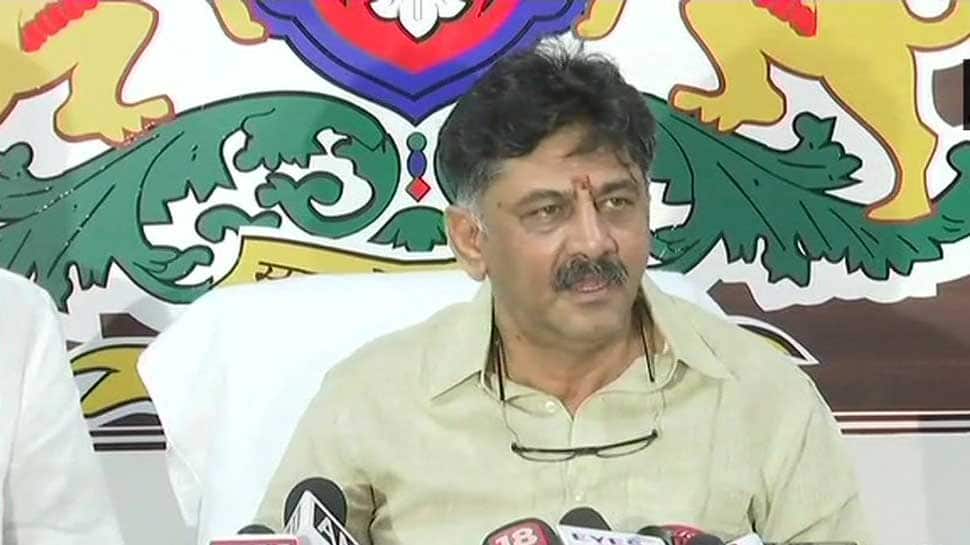 BENGALURU: Karnataka Minister and senior Congress leader DK Shivakumar has alleged that three Congress MLAs were camping at a hotel in Mumbai with some BJP leaders.

Commenting on the matter, Karnataka Chief Minister HD Kumaraswamy said,"All 3 of them (Congress MLAs) are continuously in contact with me. They went to Mumbai after informing me. My govt isn't under any threat. I know who all BJP is trying to contact & what they're offering. I can handle it, why should media be concerned?"

Congress leader and Karnataka Deputy Chief Minister G Parameshwara also accused the BJP of trying to topple the alliance government in the state. "BJP leaders are saying this govt will fall. But it won't happen. Some of our MLAs have gone, they can go for temples, holiday, family outings, we don't know. Nobody said that they're going to join BJP & destabilise the govt. All our MLAs are intact," he told ANI.

"Today I had called all our ministers, belonging to our party in this coalition, to discuss the next budget which is going to be presented by the CM in the first week of February & also to take stock of implementation of last year budget provision," added Parameshwara.

Karnataka Minister & Congress leader Krishna Byre Gowda has also attacked the BJP for resorting to undemocratic means to grab power in the state. "The fact is BJP is indulging in poaching undemocratically, against democratically established Karnataka govt. BJP is behind efforts to de-stabilise this govt. It is not specific to today," he noted.

"They (Congress) should keep their house in order. They are not able to keep their MLAs in Karnataka together and just simply pin pointing at BJP," Gowda told ANI.