BSY, as Yeddyurappa is popularly known, made these remarks while addressing a rally at Yaragatti village on Tuesday. 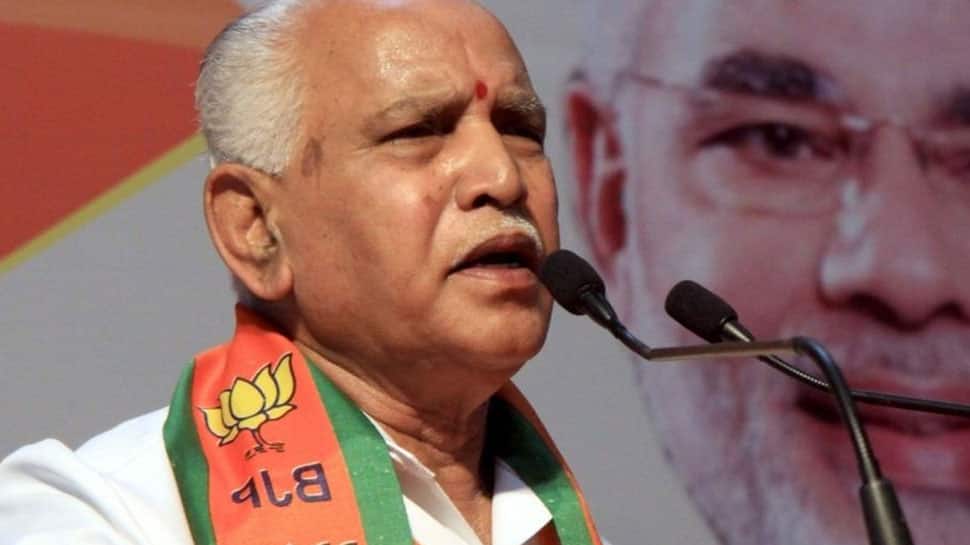 BANGALORE: Senior BJP leader and Lingayat community strongman BS Yeddyurappa has claimed that his party will form the government in the southern state of Karnataka ''within next 24 hours'' if it manages to win at least 22 seats in the upcoming Lok Sabha election 2019.

The former Karnataka chief minister also urged the voters to vote for BJP if they wanted their state to usher in a new era of development.

“If the people of Karnataka give us 22 seats in the upcoming Lok Sabha elections, we will form the government in Karnataka within 24 hours,” BS Yeddyurappa was quoted as saying by news agency ANI.

BS Yeddyurappa, BJP: If the people of Karnataka give us 22 seats in the upcoming Lok Sabha elections, we will form the government in Karnataka within 24 hours. (10.03.2019) pic.twitter.com/xkWUAWaMAc

BSY, as Yeddyurappa is popularly known, made these remarks while addressing a rally at Yaragatti village on Tuesday.

His controversial remarks came just two days after the Election Commission of India (ECI) announced the schedule for the Lok Sabha election 2019.

BSY, who is the leader of the opposition in the Karnataka Assembly, also exuded confidence that his party will win most of the seats in Karnataka.

All this comes several weeks after the southern state witnessed an intense political drama which appeared to pose a threat to the stability of the JDS-Congress coalition government here.

It all began after two Independent legislators withdrew support from the ruling Congress-JDS alliance triggering accusations and counter-accusations of poaching of their MLAs in what came to known as 'Operation Lotus'.
As per the announcement by the ECI, Lok Sabha Election 2019 will be held in seven phases beginning from April 11 till May 19, followed by counting of votes on May 23.

The polling will be held on April 11, April 18, April 23, April 29, May 6, May 12 and May 19 for 543 Lok Sabha seats across the country in which nearly 90 crore voters would be eligible to vote, Chief Election Commissioner Sunil Arora said on Sunday.

Assembly elections will also be held in Andhra Pradesh, Sikkim, Arunachal Pradesh and Odisha simultaneously with the Lok Sabha polls, the CEC said.

However, elections for Jammu and Kashmir assembly have been deferred, the EC said citing security reasons. The state has been under President's Rule after the ruling alliance between the BJP and Peoples Democratic Party fell apart last year.