BS Yediyurappa is confident of getting the numbers in Monday's floor test to truly stamp himself as the CM of Karnataka. He had taken oath as CM last Friday (July 26). 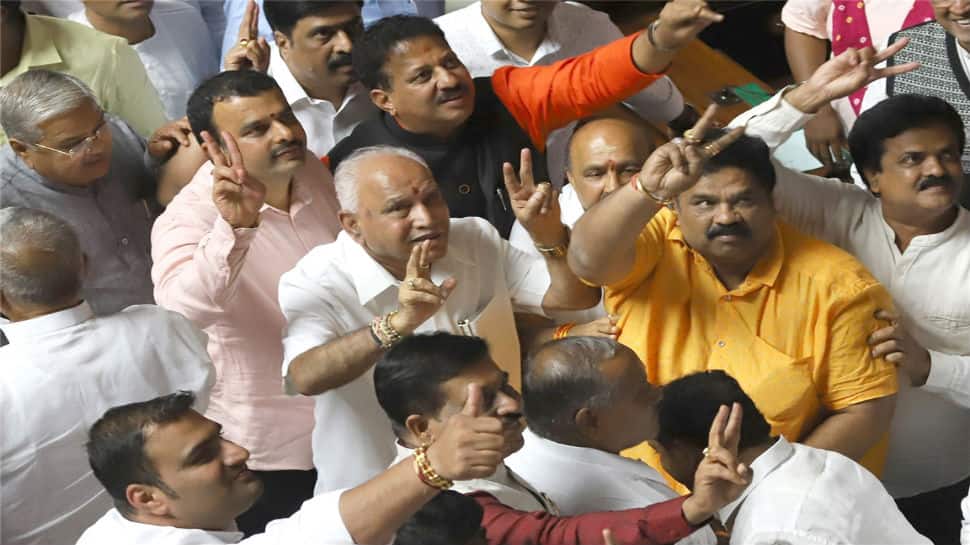 It is deja vu for Karnataka Chief Minister BS Yediyurappa but this time, he is far more confident of passing a floor test with flying colours than he probably was back in May of 2018. At the time, he tendered his resignation just before he was to prove majority. Fast forward to Sunday, a night before yet another floor test in Karnataka Assembly, and the BJP veteran showcased absolute confidence.

In the topsy-turvey lanes of Karnataka politics, the time has come for Yediyurappa to stare at a floor test once again. This time though, the numbers appear well stacked, or at least that is what he and the BJP are sure of. News agency ANI reported that all party MLAs have been shifted to Chancery Pavilion Hotel in Bengaluru to ensure there is no shock in the works. "Apart from our 105 MLAs, we also have the support of one or two independent MLAs. We are confident of proving our majority on the floor of Assembly," BJP state unit secretary Ravi Kumar was quoted as saying. "The BJP will also request JDS and Congress for support in getting the Finance Bill passed."

Yediyurappa had taken over as CM in a ceremony on Friday after weeks of drama that eventually saw HD Kumaraswamy-led coalition government fail in the floor test. Accusations of horse-trading and in-fighting have defined Karnataka politics in recent months but if Yediyurappa manages to pass Monday's floor test, it could well be the beginning of political order. To ensure order on the streets of Bengaluru, meanwhile, Section 144 has been imposed in a two-kilometre radius of Vidhana Soudha. This comes into force from 6 am on Monday and will be in place till midnight.