Yeddyurappa says no mid-term polls in Karnakata, asks Congress-JDS govt to quit if they can't govern

Yeddyurappa said voters of the state would not agree for another election, 13 months after the assembly polls. 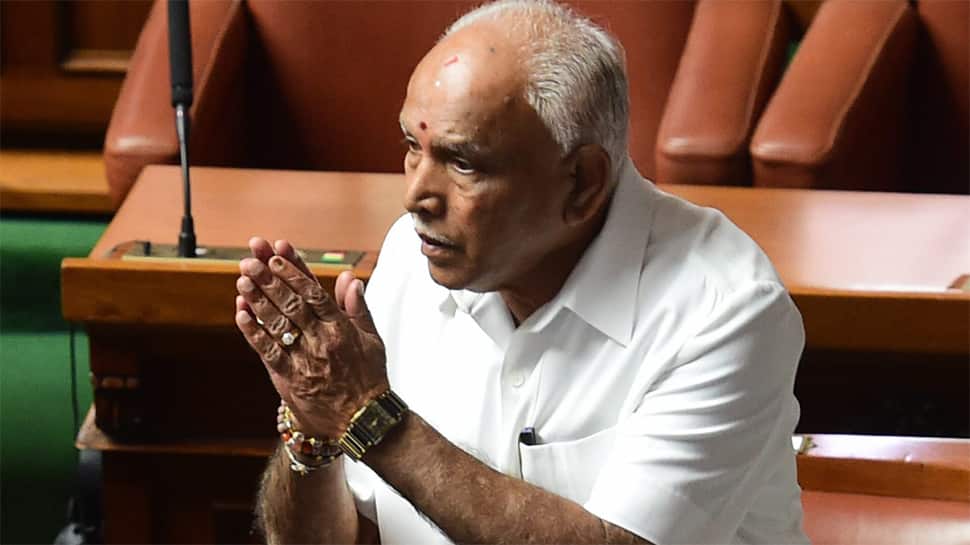 Bengaluru: Ruling out any mid-term polls, Karnataka BJP President BS Yeddyurappa on Saturday said the Congress-JD(S) coalition government would not survive for long because of internal differences and asked it to quit if they were not able to govern the state.

"I have already said this clearly as the state president. We are 105 MLAs. There are more than 20 disgruntled (MLAs) in Congress-JD(S). If you don't have the capability to run the administration, resign," Yeddyurappa said.

Speaking to reporters here, he said voters of the state would not agree for another election, 13 months after the assembly polls. "Taking such decisions with selfish motives is not right. Resign and go home, we will run the administration- I have already said this...According to me, this government will not survive for long if you look at their infighting," he added.

Yeddyurappa's statement comes a day after former Prime Minister and JD(S) supremo H D Deve Gowda on Friday said there was no doubt there would be mid-term polls to the state assembly.

Gowda had also said he did not know how long the Congress-JD(S) government, headed by his son H D Kumaraswamy, would continue and it was in the hands of the senior coalition partner.

"BJP will leave no stone unturned to free Karnataka at the earliest from this government. This is our agenda, our programme," he added.

There is growing discomfort within the ruling alliance after the rout in the Lok Sabha polls. Congress and JD(S) that had faced the polls in alliance managed to win one seat each, while BJP won 25 seats. The saffron party supported independent candidate Sumalatha Ambareesh won in Mandya.

Coalition leaders fear that using disgruntlement within as an opportunity, BJP may try to topple the government by 'poaching' its MLAs, who are unhappy with the government and are miffed over not getting Ministerial posts.

"After doing one day of Grama Vastavya and making false promises, citing rains there as a reason, he has come back via Hyderabad, without doing today's Grama Vastavya. This is a kind of political circus," he said.