A Control room will be established and NCDC Strategic Health Operations Center (SHOC) has been activated. 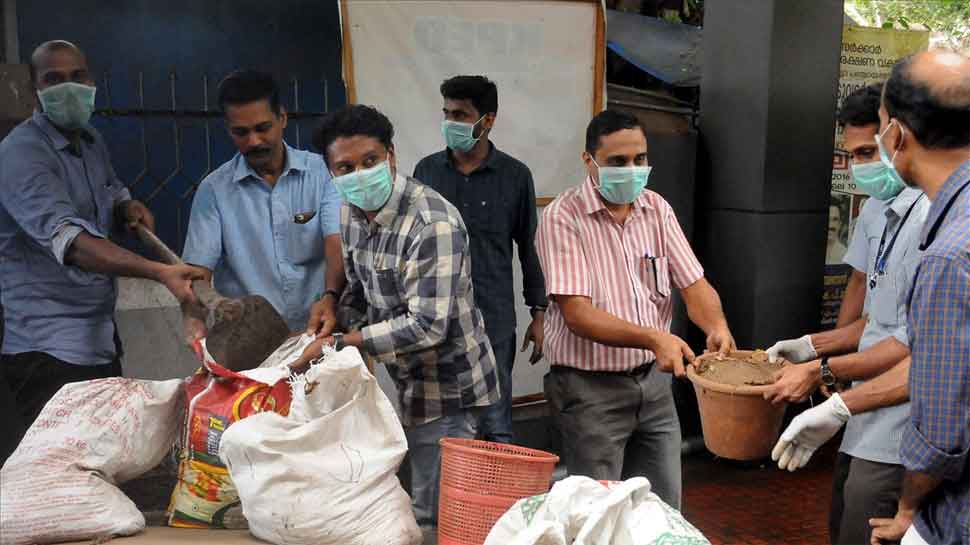 Union Minister of Health and Family Welfare Dr Harsh Vardhan on Tuesday chaired an urgent meeting at his residence after a 23-year-old was confirmed to be infected with Nipah virus in Kerala. As a precautionary measure, a Central Team with six officers has been deployed to investigate the outbreak as per the epidemiological investigation protocol. The team will investigate the contact tracing for early detection of suspects, testing protocols for suspects and review isolation facilities.

A Control room will be established and NCDC Strategic Health Operations Center (SHOC) has been activated. The control room can be reached on 011-23978046. A team from National Institute of Virology, Pune (ICMR) with Monoclonal Antibodies is also being sent to Ernakullam.

A team from NIV for conducting/testing bats for Nipah virus has also been dispatched on Tuesday for Kerala. The Union Health has spoken to DG Forest to extend all cooperation in this regard.

The State has already initiated tracing and surveillance activities in connection with the virus. It has started standard capacity building for health functionaries, ambulance fleet drivers and others and infection control activities in hospitals. There will be dedicated trained teams to handle the cases and Rapid Response Teams at institutions have been put in place.

A help desk at Medical College in Ernakulam has been established and dedicated trained doctors, nurses, paramedics have been asked to be at hospitals.

Earlier in the day, Kerala Health Minister KK Shailaja confirmed that a 23-year-old college student admitted to a hospital in Kochi has been infected with the Nipah virus. The results of blood samples of the student, which were tested at the National Institute of Virology (NIV) in Pune, have confirmed Nipah, she said.

The result came this morning, she said. She also assured that elaborate arrangements have been made to tackle the emergency and there was no need for panic. The student has been admitted to a private hospital here.