A family in Edamulakkal village in Kerala's Kollam has found a massive jackfruit weighing more than 50 kilogram in their backyard. 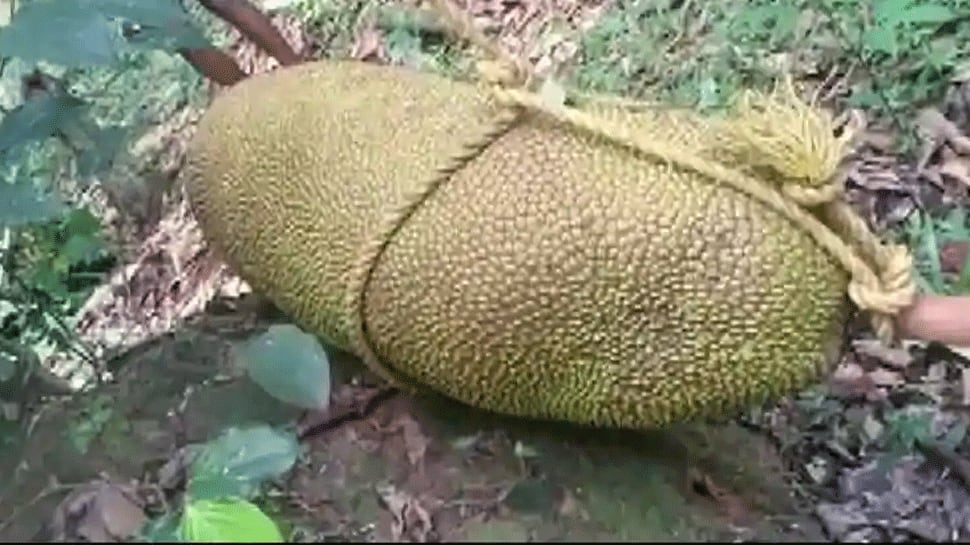 KOLLAM: A family in Edamulakkal village in Kerala's Kollam has found a massive jackfruit weighing more than 50 kilogram in their backyard.

They have now approached the Guinness World Records to break the earlier world record for the heaviest jackfruit (42.7 kilogram).

The Guinness World Records lists the world records of human achievements and the extremes of the natural world.

Johnkutty from Edamulakkal said that the jackfruit weighs more than 51.4 kilogram and is 97 CM in length.

“When I searched, I found that the heaviest jackfruit weighs 42.72 kg and was found in Pune. So, I have applied for Guinness World Records and also the Limca Book of Records, “he told ANI.

Last year, a couple earned two Guinness World Records after their grapefruit weighing 7-pound, 14.64-ounce (3.6 kilograms) was confirmed as the heaviest and the largest in the world.

The basketball-sized grapefruit was measured to be 28.27 inches (73 centimetres) in circumference. The white grapefruit was produced from a 10-year-old tree. The Louisiana Department of Agriculture and Forestry had presented the certificate to Mary Beth and Doug Meyer of Slidell in August 2019.

Earlier this week, Guinness World Records named a Colombian the world's second shortest man for the second time in his life. Edward 'Niño' Hernández was confirmed as the shortest living man, with a height of 2 feet and 4.39 inches on Tuesday.