RPI(A) chief Ramdas Athawale, who recently expressed unhappiness over the seat-sharing deal in Maharashtra, has decided to stay with BJP-led NDA alliance for upcoming general elections. 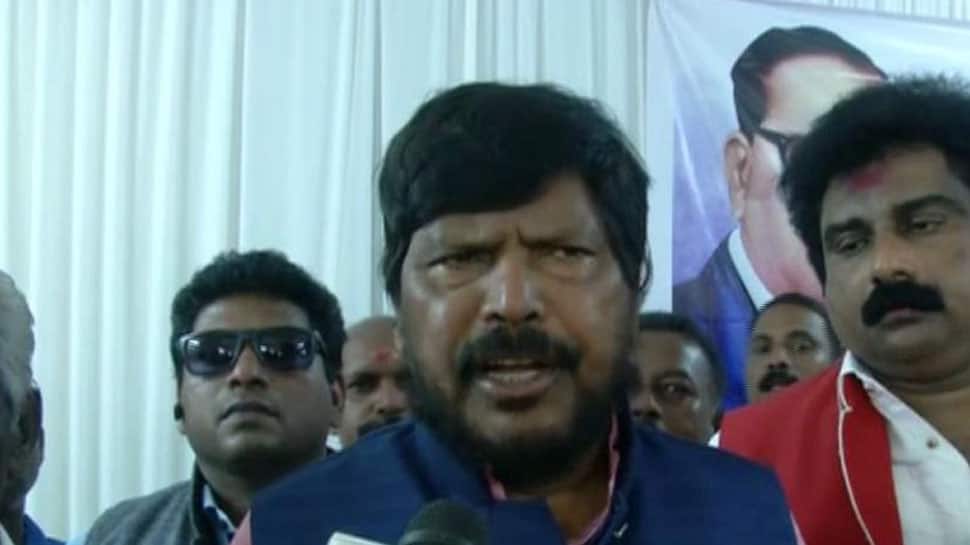 The Republican Party of India (Athawale) is yet to finalise a seat-sharing agreement with the Bharatiya Janata Party in Kerala for the upcoming Lok Sabha Election 2019.

RPI (A) chief Ramdas Athawale said his party, which is a part of the National Democratic Alliance (NDA), will contest on three to four seats in Kerala independently if a seat-sharing pact with BJP fails.

“I asked Kerala BJP president Sreedharan for one to two seats out of 20 in state. If we get seats in alliance, we'll contest together with BJP. If we don't get seats, we'll contest independently in three to four seats and support the BJP alliance in other seats,” said Union cabinet minister Ramdas told news agency ANI on Saturday.

Athawale, who recently expressed unhappiness over the seat-sharing deal in Maharashtra, has decided to stay with the Bharatiya Janta Party (BJP)-led NDA alliance for the upcoming general elections.

“The party core committee has decided to continue being in NDA and will help Narendra Modi to be re-elected as Prime Minister,” he said, adding that “party is not happy with the new set up of NDA in Maharashtra in terms of seat sharing.”

“We will stay with NDA but we have certain demands including that RPI should get one seat from Shiv Sena and one from BJP. We want two Lok Sabha seats. One seat should be in Mumbai and one outside Mumbai,” he said on February 25.

Athawale has also claimed the BJP and Shiv Sena are at loggerheads on which Mumbai seat to should be allocated to RPI-A.

"While the Shiv Sena feels the RPI should contest Mumbai North-East, the BJP wants to give us Mumbai South-Central seat," said Athawale.

Lok Sabha election 2019 are expected to be held in April-May. The term of the present Lok Sabha ends on June 3.

With ANI and IANS inputs