It's been four days since the gates of the Sabarimala temple were opened after the Supreme Court order but women have still not been able to enter the temple. 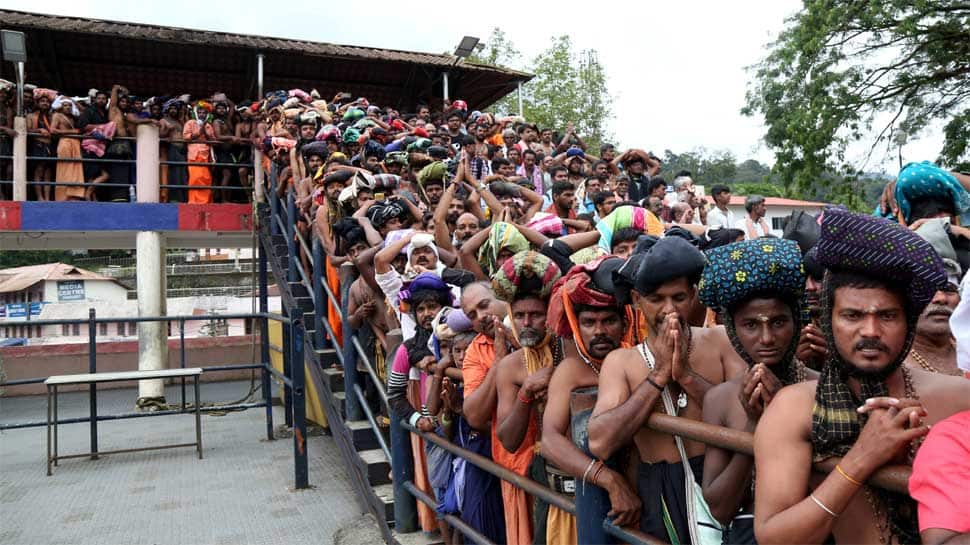 A woman who 'looked younger' was made to provide proof of her age as she tried to enter the Sabarimala temple on Saturday. Latha had come to visit the shrine along with her family from Trichy. However, protestors blocked her entry claiming that she was below the 'permissable' limit.

The woman then had to show her identity card to the protesting devotees as they surrounded her outside the entrance of the temple to verify her age. "There was a confusion on her age, as she looked younger than the permitted age in suit. We checked her identity card and found she was 52 years of age and hence we allowed her to go for Darshan of Ayyappaa," said Ratish Kumar, one of the protestors, who later escorted Latha and her family to the sanctum sanctorum.

The situation turned tense in the area after rumours spread that a woman from Tamil Nadu below 50 years of age climbed the hills to offer prayers to Lord Ayyappa. Despite section 144 being clamped, devotees gathered in large numbers to protest against the woman's entry into the temple.

It was only after the woman convinced the protesters that she was above 50 years, was she allowed to enter the shrine. The woman carrying 'irumudikkettu' (holy bundle) climbed the 18 holy steps amid security cover to reach the temple and have 'darshan'.

Authorities said that rumours were spread through social media about a younger woman entering the shrine. "A woman came for darshan. Some news channels followed her...Then a crowd gathered...That was the only issue," Pathanamthitta District Collector P B Nooh said.

It's been four days since the gates of the Sabarimala temple were opened after the Supreme Court order but women have still not been able to enter the temple. Massive protests have continued since Wednesday when the gates were opened for the prayers.

Owing to the huge presence of those protesting against the SC order against the ban on the entry of women in the menstrual age in the temple, heavy security has been put in place on Saturday too. The gates of the temple which opened on Wednesday for the five-day-monthly pooja of the Malayalam month of Thulam will be shut after the prayers on 22 October.