At least five troopers went missing on February 20 after an avalanche hit the snow-bound Kinnaur district of Himachal Pradesh. 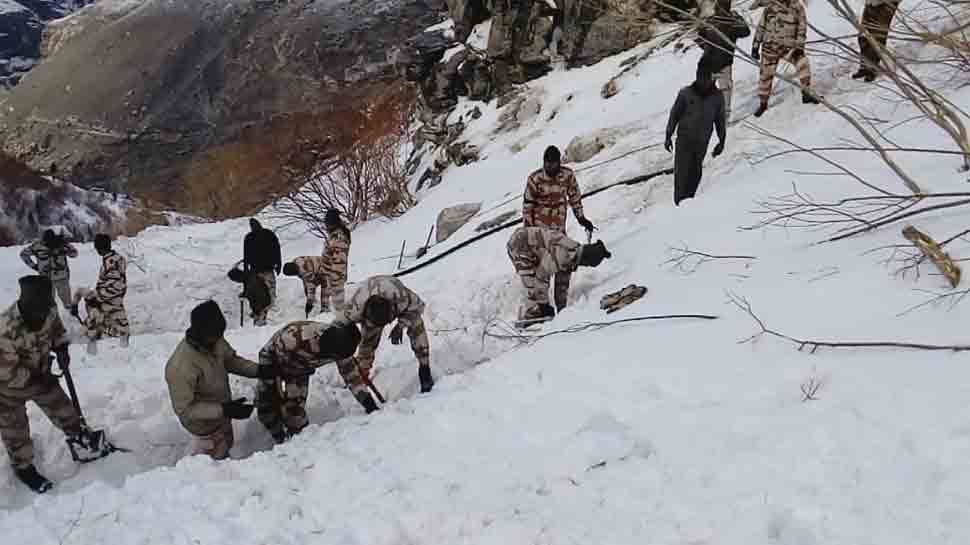 At least five troopers went missing on February 20 after an avalanche hit the snow-bound Kinnaur district of Himachal Pradesh. the avalanche was triggered by sliding of a glacier near Namgia Dogri, bordering Tibet, burying six Jammu and Kashmir Rifles troopers. Sixteen J&K Rifles' troopers were on a routine patrol in the area.

A mobile phone, believed to be of one of the personnel's was found on Thursday.

Earlier on February 24, on Sunday, officials said chances of survival of those trapped in the snow were slim. Officials said a lot of snow had accumulated at the avalanche site, 350 km from the state capital, and fresh snow has made treks treacherous. The snow has solidified into hard rocks, making it difficult to dig, they said.

Local mountaineers are also involved in the operation.

The body of one trooper has been found last week.

The state government said two separate parties of the Army and the Indo-Tibetan Border Police (ITBP) were patrolling Namgia Dogri when the avalanche hit. Five ITBP troopers were also injured in the disaster.

The India Metrological Department (IMD) has predicted more snowfall in the region on March 1-2.