10 steps taken by the Modi government in the last five years can have a massive impact on the upcoming general elections. 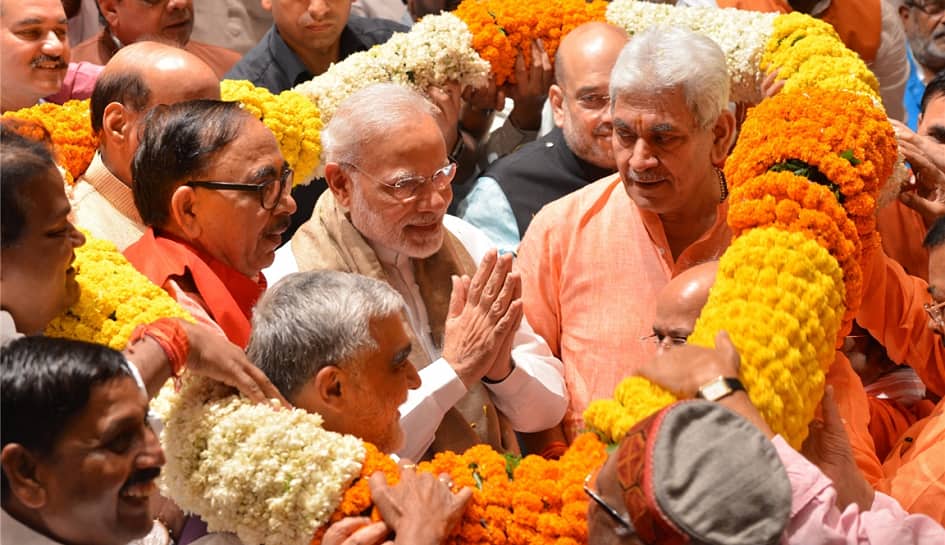 With exactly a month to go for Lok Sabha election 2019, the top brass of the Bharatiya Janata Party is already chalking out a campaign strategy to reach out to voters. According to reports, the party is likely to tweak its strategy to bank on nationalism and air strikes by the Indian Air Force (IAF) on terror camps in Pakistan as its biggest electoral planks.

Even as the party top command plan on how to reach out to voters in the run-up to the crucial polls, steps taken by the Modi government in last five years can have a massive impact on the upcoming general elections.

Below, we present ten game-changing decisions taken by Prime Minister Narendra Modi that can lead to BJP's victory for a second consecutive term.

1. IAF air strikes
Eleven days after the Pulwama attack on February 14 that claimed the lives of over 40 jawans, 12 Mirage fighter planes of the Indian Air Force bombed terror group Jaish-e-Mohammed's biggest training camp near Balakot deep inside Pakistan on February 26. It was the first time since the 1971 war that IAF crossed into Pakistan airspace. The pre-dawn operation eliminated a "large number" of terrorists, trainers and senior commanders.

The historic quota bill, providing 10 per cent reservation for the economically backward section in general category, was passed by Parliament in January 2019.

4. Income tax rebate
A tax rebate was announced for individual taxpayers earning up to Rs 5 lakh in the Interim budget 2019. Those who have gross income of up to Rs 6.5 lakh will also not have to pay any tax if investments are made upto Rs 1.5 lakh.

Poor and marginalised farmers will get Rs 6000 under this scheme of the Modi government. The amount will be provided in three instalments of Rs 2000 each in the bank accounts of the eligible farmers.

The Prime Minister rolled out the Ayushman Bharat healthcare scheme in September 2018 aiming to provide an annual health cover of Rs 5 lakh per family for secondary and tertiary care hospitalisation. The programme is expected to benefit nearly 100 million poor households and termed as the world's largest healthcare scheme by BJP.

Launched in May 2016, the scheme targeted to give 5-crore free cooking gas (LPG) connection connections by March 2019. The target was later raised to 8 crore connections by 2021. Under the scheme, the government provides a subsidy of Rs 1,600 to state-owned fuel retailers for every free LPG gas connection that they give to poor households.

8. Swachh Bharat Abhiyan
One of the first campaigns launched by PM Modi after coming to power in 2014, the mission has a broad aim of cleaning the country - its roads, public and private places etc. - through mass participation.

9. Triple Talaq Act
The practice of triple talaq is now void and illegal under the Muslim Women (Protection of Rights on Marriage) Second Ordinance, 2019. It is a punishable offence with imprisonment up to three years and fine.

10. The SC/ST Amendment Act
In an effort to safeguard the rights of backward classes, Parliament passed an amendment in Scheduled Castes and Tribes (Prevention of Atrocities) Act, 2018. It rules out any provision for anticipatory bail to the person accused of atrocities against SC/STs.

Lok Sabha election 2019 will begin on April 11 and continue till May 19 in seven phases, followed by the counting of votes on May 23, the Election Commission announced Sunday.